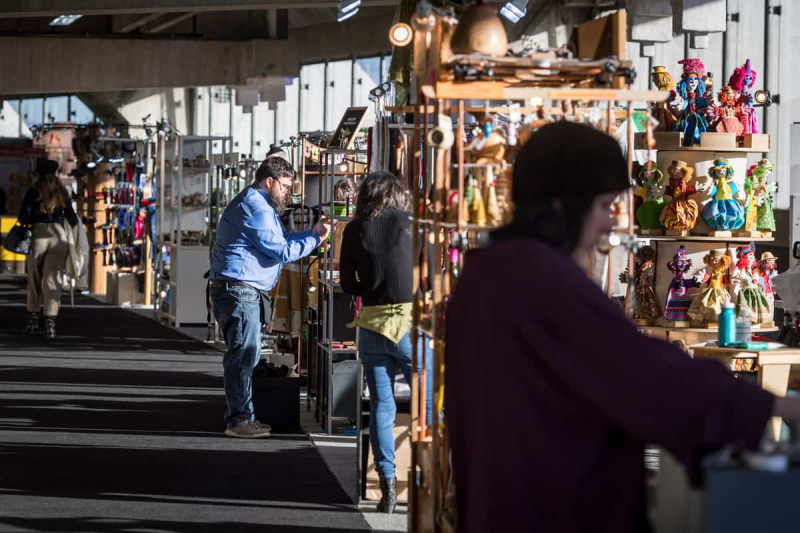 The Quebec Crafts Fair in Montreal (SMAQ) opened its doors to the public on Thursday morning at the Olympic Stadium.

For ten days, nearly 190 artisans and exhibitors will present their creations through various pavilions and installations, in particular the pavilion of flavors, which highlights producers, processors and passionate chefs, as well as the architecture and heritage pavilion which allows discover the specialized trades working in the conservation and restoration of heritage, such as stonemasons or art blacksmiths.

This 66th edition, which we promise to be festive, urban and eco-responsible, will also have several new features – a third of the exhibitors are at their first meeting –, activities, contests and workshops, in addition to making room for the Cinema. “Le Cinéma métiers d'art” will present, among other things, a selection of films from the International Festival of Films on Art (FIFA) as well as web series produced by the Conseil des métiers d'art du Québec for its digital platform.

Exceptionally, this year's event takes place at the Olympic Stadium in Montreal due to the holding of the second part of the UN conference on biodiversity, COP15, which takes place these days at the Palais des Congrès – where the show usually takes place. The Conseil des métiers d'art du Québec made the announcement last September.

Although this relocation came late in the organization process, “the team made a great deal of effort to ensuring the quality and renewal of this edition”, assured the organizers in November.