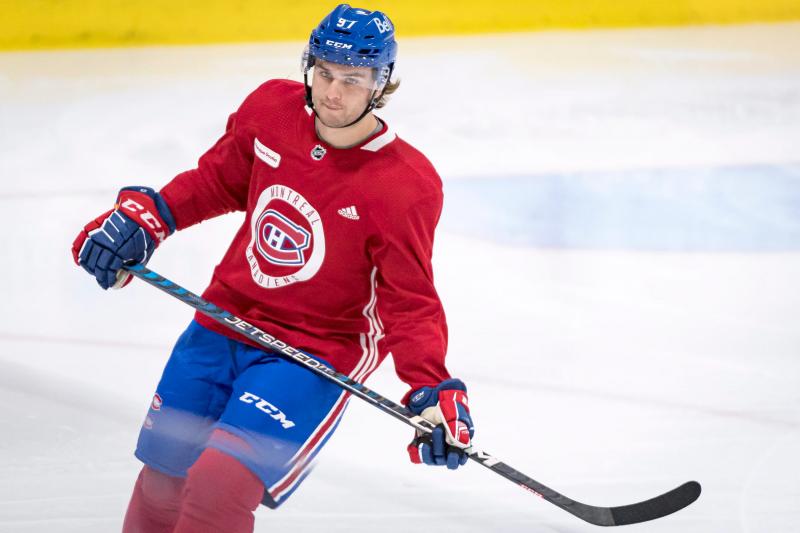 If the 2020-2021 season has slowed down Joshua Roy's enthusiasm as it has for the vast majority of players of his age, we can say that he has made up for lost time in the 12 last months.

QMJHL scoring champion, with his 119 points in a Sherbrooke Phœnix uniform, Roy was recalled by the Laval Rocket school club, with whom he played a playoff game.

< p>There followed a summer of training and an active participation in the conquest of the gold medal at the last World Juniors, held in August.

“I had a short summer. I went to Laval. Then I trained for two weeks at home, I came to train here for another two weeks before leaving for the World Junior Championship, said the forward. It's different from last year. I had had a long summer to work on things. This time it was more about maintenance. »

When the Canadiens made it their fifth-round pick, 150th overall, in 2021, observers accustomed to following the activities of the Courteau circuit were quick to point out that his reputation as an “out of shape guy” explained why he had gone down so far during the auction.

We can say that Beauceron has raised the bar in a good way. Moreover, even if he missed the rookie tournament due to a broken little finger in his left hand suffered in a preseason game against the Val-d'Or Foreurs, Roy does not seem to have fallen behind. on the organization's other hopefuls.

“In general, things are going well. Today, the legs followed a little less, but it will come back.

We'll see what the next few days have in store for him, he who is taking part in his second camp with the Canadiens.

“I come with more confidence. Last year, I had no idea what I was getting into. This time I know the guys more, I know how it works. I'm more comfortable,” he said.

19-year-old Roy is not eligible to play in the American League this season. So it will be the Canadian or the Phoenix. We can already designate Sherbrooke as his next place of residence.

But even though he burned through the QMJHL last winter, he believes he can take advantage of this fourth season on the Quebec junior circuit to perfect some aspects of his game.

“I don't want not cut corners. I don't want to take the leap immediately, arrive unprepared,” he said.

“I am able to accumulate the points. Well, everyone knows that. But, now I have to improve my game, have a game that is a little closer to the professionals to be ready for the next level,” he added.

At this level, Roy has indicated that he wanted to improve his defensive work and his skating. A task he is already working on with Adam Nicholas, director of hockey development for the Canadiens.