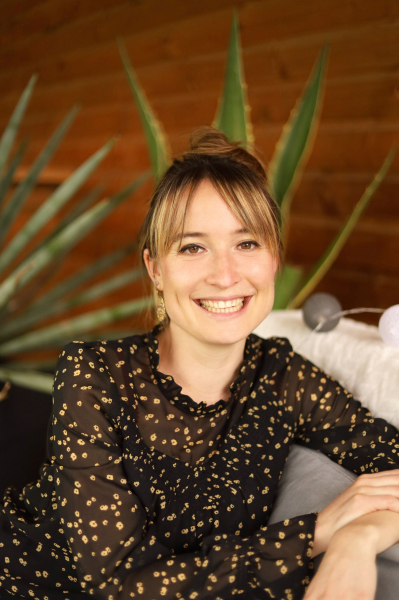 Author of emotional bestsellers, adored by her readers, Mélissa da Costa had promised a very dark new novel for 2022. She didn't lie. La Doublure is a shock novel, extremely addictive, where it stages passion, pretense, influence and manipulation . Evie, the main character in this sulphurous story of passion with a high toxicity index, thinks of reinventing her life, but will instead become the understudy of Clara, Pierre's wife.

Evie, a young woman who is doing her best in life, decides to change her life after breaking up with Jean. She leaves Marseilles and her long days of solitude to accept the offer of a stranger, Pierre Marsan.

This visibly rich and influential man offers her to become the personal assistant of his wife Clara, a young rising painter.

Evie jumps at the chance: finally a new life is offered to her. A thrilling life. But all that glitters isn't gold, and she better beware. Pierre Marsan asks her to become, in fact, a little more than expected: she will have to become Clara's understudy. With all that that implies.

Mélissa da Costa had already broached the subject of control in the relationship between Ambre and Philippe in his novel I came back from others. But this time it goes much further. “I think I had to feel affirmed and ready to write a real noir novel on the influence in all its forms,” ​​she confides in an interview.

She had this idea of ​​a double . “I wanted to oppose the duality of the woman with a very black, very dark, very dominant woman and a softer, more luminous woman. This idea of ​​a totally tortured artist-painter came up. Then the idea of ​​a young girl who would become his understudy and interfere in his intimacy as a woman, as a mistress. »

The story got even darker, crazier and more evil than she had imagined from the start. “Even while writing, I felt like I was caught in this whirlwind myself, under the influence of drugs, sex, money.

And the worst thing is that people really live in a grip. “It's a novel, but the reality is even more terrible. »

Through Clara, Mélissa da Costa explores influence through the arts. “I did a research to find out if there were currents of paint that were black and would explore the worst facets of the human soul. »

And she found: dark romance. “I started digging and that's where I discovered Goya, Füssli. By discovering their works, I discovered the very present image of the femme fatale in literature, in art. »

Then she came to the figure of Lilith, to all the legends and all the texts relating to it. “The influence is the greatest darkness of the human soul. It is something universal, timeless, which unfortunately transcends time. »

Has she herself ever been in an unhealthy relationship? “I have not experienced a relationship exactly like that, but I think that many of us have sunk, one day or another, into a very toxic, very unbalanced relationship. »

“I went through a very toxic relationship with someone who had a very black personality. Despite the fact that we know not to go there, there is always a part of us that is fascinated by darkness and that wants to get closer to the abyss. And I have known that. I came out of it grown and very strong, but my innocence was murdered during this relationship, this grip that was put in place. »

“ No, I have never known a home as harmonious as that of Pierre and Clara. I try to get used to it with them, as if it were quite natural, but every moment remains a wonder. For a host of small details. Breakfasts for example. I tested each of the jam flavors in a well-defined order. I fell in love with star anise cherry and discovered Clara's favorite flavor. The Rose. She spreads her wholemeal bread with rose jelly only, and even when breakfast is over, she continues to dip her spoon in the pot and then licks it with relish. »