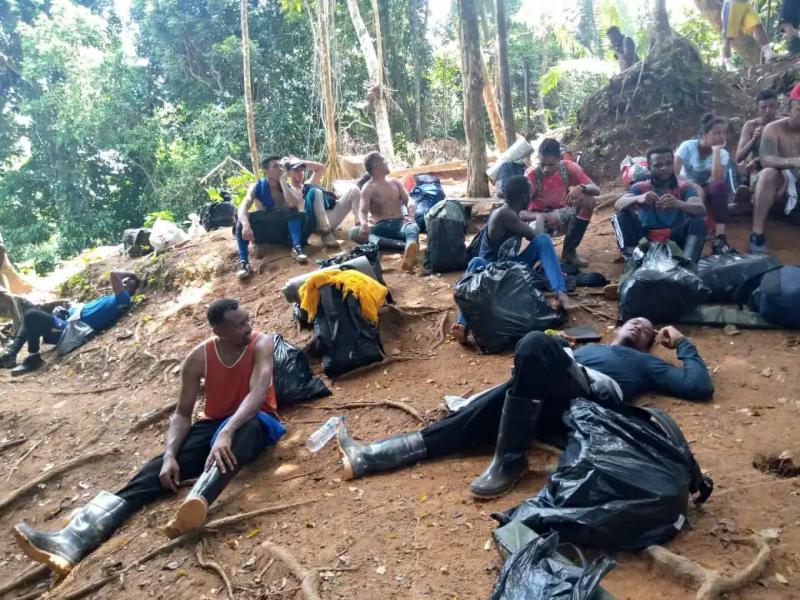 Ravenous animals, unscrupulous looters, gang rapes, gratuitous murders: welcome to the Darién plug, a place designated by many as the most dangerous in the world.

“The Darién plug is a lawless place. In fact, it is the law of the strongest”, sums up our Office of Investigation Ohigginis Arcia Jaramillo, journalist for the daily La Prensa, in Panama.

Migrants who want to reach Canada or the United States from the south have to walk there for days, in execrable and perilous conditions. At the end of a grueling journey, some of them will take the now famous Roxham Road, the main gateway to Quebec for these irregular migrants.

But before taking this final step, they will have to face several dangers. The Darién is some 100 km of dense and rugged jungle that separates Colombia from Panama, between South and Central America. It is the only place between the north and the south of the continent that has no road.

Listen to the interview with Denis Therriault on the show Philippe-Vincent Foisy via QUB radio :

“It's a reality we've seen for a few years. This is not a new phenomenon. But the number of migrants has increased significantly since last year,” explains Santiago Paz Noboa, head of mission in Panama for the International Organization for Migration, a branch of the UN.

In 2021, some 133,726 people, more than half of whom were of Haitian origin, crossed the Darién cap, according to data from the Panamanian government. This is as much as during the previous 10 years.

Our Bureau of Investigation went to the exit of the Darién to meet these migrants who have risked everything in the hope of a better life.

“They are chasing the American dream. They think it is easy to arrive in the United States and Canada and that they will improve their economic situation, continues Mr. Paz Noboa. But that's not necessarily true. They are not informed of all the risks they run during the crossing.”

Migrants take a break before resuming the road to cross the Darien.

And for good reason: at least fifty people lost their lives in 2021 during the crossing, a figure without doubt underestimated. Several children are among the victims. Migrants who make it to the other side never arrive unscathed, either physically or psychologically.

“Yesterday a woman lost her 8-month-old baby and had to be evacuated to a health center, confides Nuria Gonzalez, a psychologist on mission for Doctors Without Borders. But what I find particularly difficult is hearing stories like cases of serious sexual violence.”