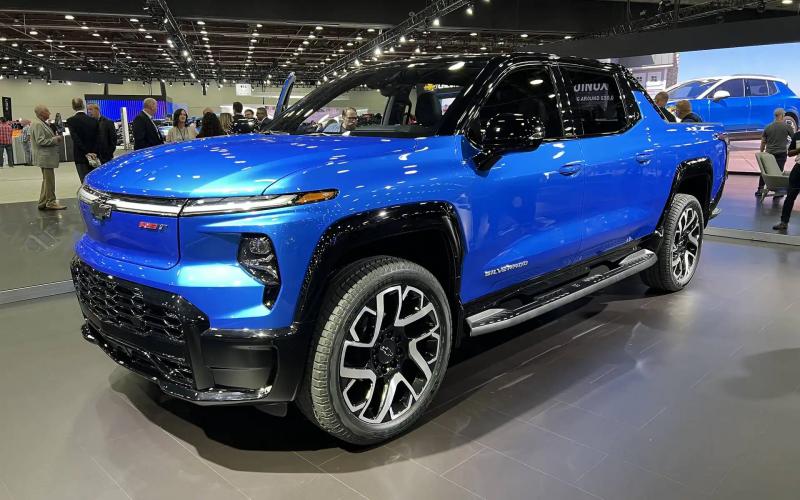 For the relaunch of a car show that has been absent for more than three and a half years, the passage of President Biden has caused much ink to flow . He also created a whole security process to access the event, which was bitterly disappointing.

Naturally, Joe Biden made some statements. In particular, that of an investment of 7.5 billion dollars for the installation of 500 000 charging stations across the United States, in order to facilitate the movement of Americans who will sooner rather than later make the switch to 'electrification. The message was meant to be reassuring for the automotive industry, encouraging the manufacture of microchips and electric vehicles in the United States.

Although Joe Biden symbolically moved aboard a Cadillac Lyriq inside the walls of the Salon praising the quality of this product, the president's enthusiasm for the 670 horsepower Corvette Z06 was impossible to camouflage. It must be said that this edition of the Detroit Motor Show was much more of a “smoke show” than a real attraction, since only five manufacturers participated. Yes, only five: the three big ones that are GM, Ford and Stellantis, then Subaru and Toyota incidentally present.

At GM, Chevrolet's trio of electric vehicles were meant to be a real eye-catcher, although the Equinox, Blazer and Silverado EV have all been unveiled virtually in the past.

The same goes for Stellantis, where the absence of future electric Jeeps disappointed people. The manufacturer nevertheless presented a new version of the Wrangler 4XE, also introducing the Dodge Hornet and Charger Concept to the public for the first time. However, the most anticipated were hardly there.

As for Ford, it stole the show with the unveiling of the 2024 Mustang, an upgrade from the current model. The car did not arrive at Huntington Place until 8.15pm on Wednesday, however, after the press turned out in droves. In short, a disappointment for many who wanted to see the car on site and who, for lack of interest in the rest of the event, left before it showed up.

What future for Detroit?

Car shows are in jeopardy. No need to stick your head in the sand. However, Detroit is undoubtedly the best example of a completely failed last attempt at seduction. Once known for its diversity, its grandiose unveilings and for the atmosphere that reigned there, you could now only see vehicles lined up on carpets.

We can thus wonder what will be the interest of the public for an event having the appearance of a small boulevard of dealers, with a few concept vehicles as a bonus. Because this edition of the Show is sorely lacking in diversity and because it only seems to exist to reassure the local automotive industry, which is obviously very important in the State of Michigan.

Be certain of it, if Montreal dares to host an event where half of the manufacturers are conspicuous by their absence, it will be the end. Interest in such an event for dealers who are short on inventory and selling at the highest possible price is now at an all-time low, making the idea of ​​shelling out colossal sums to display products for which the supply is far lower than the demand…

One thing is certain, for someone who, like me, had the chance to know the good years of the Detroit Motor Show, I must today admit that I've lost interest in it. This exhibition was for me a religion, it has unfortunately become anecdotal. What a shame!