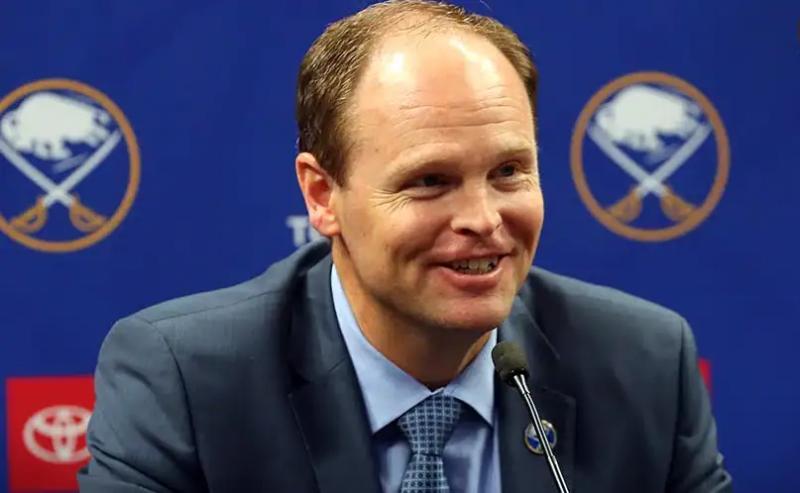 The Buffalo Sabers have agreed to a multi-season contract extension for general manager Kevyn Adams, the team announced Wednesday.

The native American from New York State, has risen through the ranks of the organization since being hired in 2009 as a player development coach. He became GM in 2020-21, having held roles as chairman, vice-chairman and assistant coach at the club.

“Kevyn's leadership abilities and his vision over the two years have proven invaluable, and I am sure his skills will continue to move us forward as an organization. He is respected by players, coaches, staff and his peers across the league because of the calmness he shows and the respect he has for every individual he comes across,” boasted in a press release the Sabers owner Terry Pegula.

During the summer, Adams notably offered contract extensions to forwards Tage Thompson and Victor Olofsson. He also contributed to the draft selections of top prospects like Owen Power and Matthew Savoie.