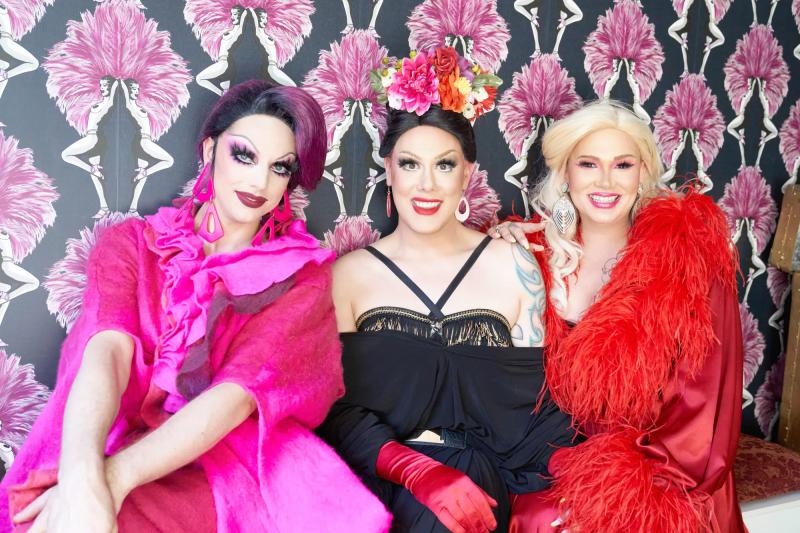 Marie-Claude Brunelle produces documentaries and lifestyle shows. Animal shelter, I am trans, < /strong>A real selfie, Double life: When reality catches up with us, Happy storageare some of the projects that 'it leads. With Rita Baga, she combines a bit of both. The drag in me, adaptation of the format Dragnificient, lands on Crave in all its glory, with glitter and empathy. We accompany people in search of changes to be a better version of themselves thanks to the contagious enthusiasm of drags.

Rita Baga has two accomplices, Pétula Claque and Sasha Baga. More and more drags are making themselves known on our airwaves. How was the choice made?

It was important for Rita to open the casting to everyone, both drag queens and drag kings. The community has been asked. Fifteen candidates were called for an audition. Rita was present for each one, but I must say that the trio came naturally. Sasha is Rita's drag girl. She calls him her mom. Under Pétula, Simon is a professional make-up artist and has a unique aesthetic. They are all three flamboyant, but above all they have empathy and a very strong human side which was necessary to bond quickly with the candidates.

We notice that there are a lot of change of costumes in the same episode. What was the impact on a day's schedule?

Each look requires between 1 h 30 and 2 h of preparation. We can say that there was easily 3-4 h of CCM per day. Normally, we talk about makeup, hairstyle, costume, but in their case, we must add false nails, pearls, sequins. Everything so that they are completely beautiful. Sasha wears up to four looks for 30 minutes! If an episode is shot over two days, this project is rather broken up into half-days. We see them more often. It can take two, three weeks before the participant finds the drags. It creates more attachment and it allows a step back.

Why does Rita give way to Jean-François (Guevremont, her alter ego) in certain respects?

We opted for Rita to be there at the beginning and end of each show for the wow effect. But when our quest begins with the candidate and it becomes more introspective, it is Jean-François who appears.

Was it important that advice be conveyed through the transformation?

With the format we had access to several themes that worked well. Buying a good bra was one of them. But the themes must be related to our candidates. And that these moments are applicable at home, that the public feels concerned. We don't do any extraordinary activity, but everything is well targeted so that it can resonate with the spectators. I'm happy to say that our 13 episodes are very diverse. We have a trans man, a woman who is getting married, a retirement, a new mom who wants to regain her femininity.

Drags have a lot of humor. Are there any scripted passages?

None. Drags have a sense of spectacle and repartee. Rita always has a line, a punch. They had a lot of fun on set. The directors also have a good sense of humor. With the broadcaster, we have chosen to put inside, bloopers on screen. When we sent episodes to the designers of the format, they loved that we put these crazy moments forward. It adds to the authentic side. These are real meetings, without text. There is the show side, but also something very human and accessible. As Rita says, the drags are fairy godmothers who distribute a little magic powder. They do good through humor, but also through listening.