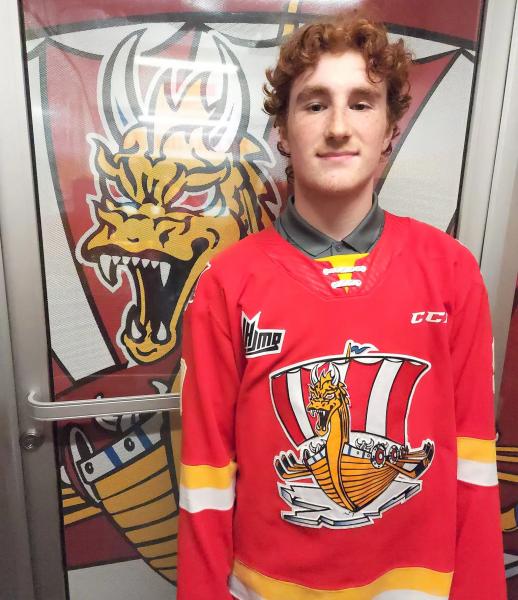 BAIE-COMEAU – The Baie-Comeau Drakkar took advantage of Sunday to complete its official roster for the 2022-2023 season.

The ship's leaders made the final intrenchments over the weekend and will begin their next campaign with 23 Vikings aboard their crew.

Head coach and general manager Jean-François Grégoire will be able to bank on a good mix of rookies and veterans as well as the appearance of his first four selections in the last draft.

“We had heard great things about our young prospects, but I would not have thought that we would start next season with four 16-year-old players. They answered the call and forced our hand,” frankly admitted the pilot of the Drakkar.

The DG greatly appreciated the holding of recent events. “Mixing rookies and veterans right from the start of training camp was a good thing. The battles for positions started quickly and the last three pre-season games allowed us to see in which direction the club was going. »

Aware that he will bet again on a formation that is still young, Grégoire is optimistic. “We have some very talented new players coming in. I also expect to see veterans progress and contribute more on and off the ice. »

After confirming the hiring of Mario Durocher as assistant general manager in the last few days, the boss of the hockey department has concluded a final barter before the deadline for transactions.&nbsp ;

The Drakkar acquired forward Matthew MacDonald (4-10-14 record in 55 games last year) from the Cape Breton Eagles in return for a pick of 8th round in the 2023 draft. “In the current context, we wanted to get a 19-year-old veteran who can bring more depth to our lineup. »

Bay Comois defender Olivier St-Louis (18) was the last player cut by the Drakkar, who will play its next exhibition game, September 9, against the Shawinigan Cataractes.