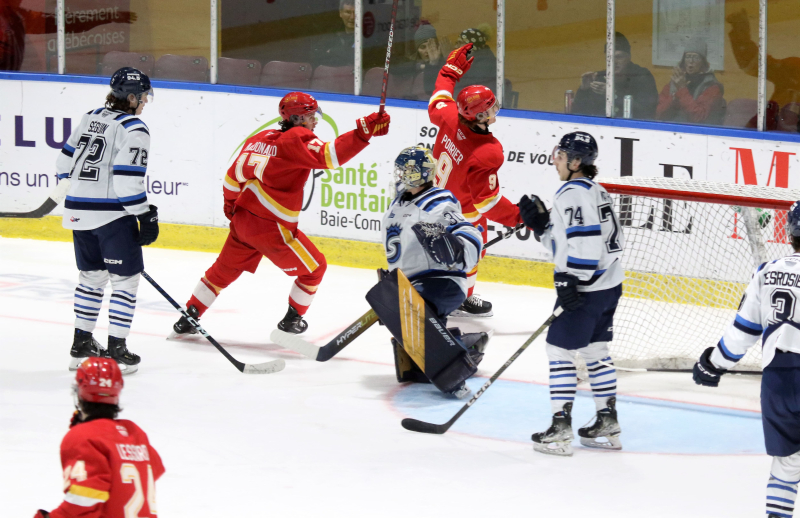 BAIE-COMEAU | Two power play goals at the end of the third period allowed the Baie-Comeau Drakkar to win 4 to 2 on the Chicoutimi Saguenéens, Sunday afternoon, on the ice of the Center Henry-Leonard.

Shut out 4-0 the day before and limited to just 19 shots on the net, the ship's Vikings ultimately did well against tough visitors, who deserved a better fate.

Trailing 2-0, the Saguenéens reduced the gap to one goal at the very end of the second period before reigniting the debate, thanks to Maxim Massé, in the 12th minute of the third period. < /p>

The locals then played more nervously, but they were able to take advantage of their power play. Rookie Justin Poirier put his team back in front with his second goal of the game, which turned out to be the winning goal.

“The players scored big goals at the right times. The numerical advantage as well as the numerical disadvantage were good and that helped us a lot,” acknowledged Drakkar head coach Jean-François Grégoire. of his goalkeeper Olivier Ciarlo (first star of the game), the pilot of the ship insisted on the character displayed by his men.

“It was not an easy game and I don't want to talk about the negative things. The guys hung on and found a way to go for the win. »

In the opposing clan, the head coach of the Sags, Yanick Jean, could not ask more of his players, except one.

“ Our goalkeeper [Marshall Nicholls] was bad and that's what made the difference,” quickly summed up the boss of the Blues.

Intense from start to finish, the Saguenéens were the most in control. /p>

“I don't care about the end result. The players worked hard and executed very well. I am very proud of them,” added the leader. Xavier Fortin also scored twice in this 11th conquest. Jérémy Leroux netted the visitors' other net.

Victorious in two of their last three home outings, the Drakkar will play their next match on December 10, when the Phoenix of Sherbrooke.