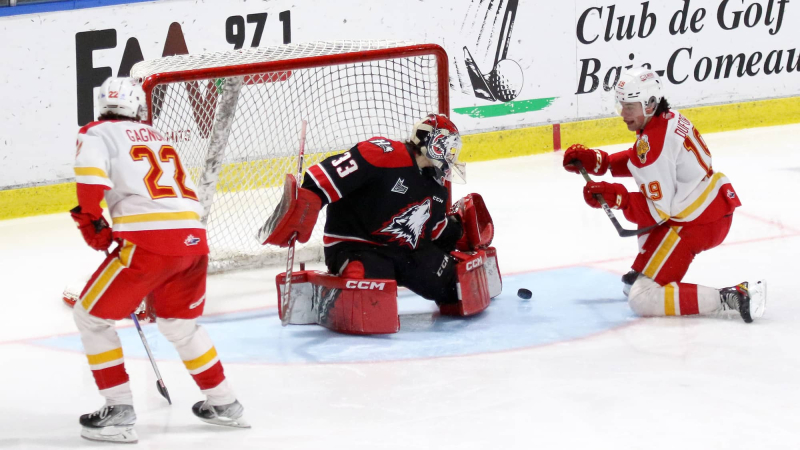 BAIE-COMEAU | The Baie-Comeau Drakkar signed a second straight win at home, Sunday afternoon, when they barely won 3 to 2, in a shootout, over the Rouyn-Noranda Huskies.

Louis-Charles Plourde and Justin Poirier, with another perfect shot in the top corner, scored for the Drakkar in regular time. Jakub Hujer and Louis-Philippe Fontaine replied.

After successfully passing another penalty in overtime, the hosts finally had the advantage in the shootout. The only scorer in this series of shots, defender Niks Fenenko played the heroes with the decisive goal.

The number 21 shone late in the match, as did his goalkeeper Olivier Ciarlo, who proved intractable in stopping the five shooters he faced during the shootout.

“The end result was positive, but the watchword that came back into the locker room was a team win where everyone contributed. It was a tight game, the kind of game you play in the playoffs,” commented pilot Jean-François Grégoire. The meeting became more heated and the three physical altercations on the ice spiced up the show.

Victims of seven offenses, the locals allowed two shorthanded goals and almost got burned a few times. ;minutes. The penalties broke our rhythm, but the guys got together and did a good job,” added Grégoire, highlighting the brilliance of defenders Marc-Antoine Mercier and Émile Chouinard.

Le Drakkar will take the road again towards the Old Capital. He will visit the Remparts on Wednesday.