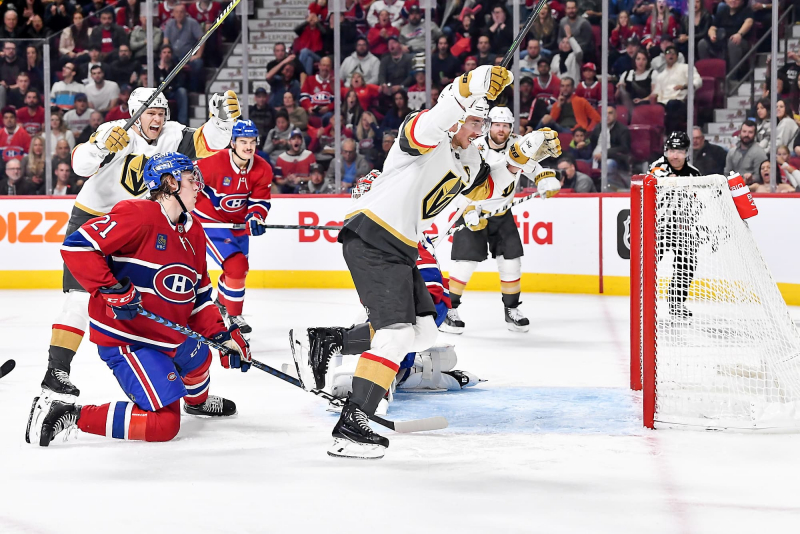 The Canadiens' fans now seem well and truly sold on the concept that Martin St-Louis has been advocating since his arrival in Montreal: prioritize the process before the result.

Au The final sound of the siren was Saturday night, although the scoreboard was 6-4 in favor of the Vegas Golden Knights, many rose to applaud the performance of their favorites.

“I was too bitter about the defeat to realize it. But it shows that the fans were aware that we were facing a big team, ”analyzed Nick Suzuki, elected second star of the game.

The captain of the Canadiens made the crowd smile by scoring his seventh and eighth goals of the season. Cole Caufield, also with his eighth of the campaign, and Juraj Slafkovsky (3rd) were the other scorers for the Habs.

Once again, Kirby Dach won points to the right of Suzuki and Caufield. The big winger was part of all three of their successes.

Since Martin St-Louis promoted him to the first unit, Dach has collected seven points in four games.

< p>“I am surprised to see that he adapts so quickly to the wing, noted the head coach. Kirby is a good game maker. He knows how to move it forward by choosing the best option. This is an ability that good players possess. It helps Cole and “Suzy”. »

Reilly Smith hit the target twice against Jake Allen on Saturday night at the Bell Centre, helping the Golden Knights defeat the Canadian.

Moreover, Alex Pietrangelo is lucky to have been able to leave Montreal with all his teeth. The Golden Knights defender was violently hit from behind by Josh Anderson near his bench.

The Canadian forward received a total of 17 penalty minutes on the sequence.

“I found it really dirty, protested Jonathan Marchessault, once back in the visitors' locker room. The Canadian would not want us to leave after their star players.

Besides, it would not be surprising if Anderson was fined or suspended for this action.

+ The dynamic duo Cole Caufield and Nick Suzuki received the title of players of the month for October at the Canadiens. The two linemates risk being the only ones in the fight for the Molson Cup. Again yesterday, they were the most active in enemy territory – Joel EdmundsonThe defender was playing a second game in three days. He's had a few good moments, but he's had his share of setbacks. He was behind the Golden Knights' first goal. Later, one of his bad passes allowed Chandler Stephenson to escape

Cole Caufield and Nick Suzuki pleased the crowd by adding a total of three goals to their tally. The pair have now netted 16 of the team's 34 goals (47.1%). Kirby Dach (two goals), Sean Monahan (one) and Josh Anderson (one) also scored as they played to the right of the pair. We are therefore talking about 58.8% of the production of the Habs for a single line.

It blocks in a group

David Savard leads the Canadiens with 45 blocked shots since the start of the campaign. On Saturday, however, several of them sacrificed themselves for the cause. Some even suffered from it. Christian Dvorak missed 10 minutes of play in the first, after stopping a shot from the point. This did not prevent him from doing it on three other occasions. Then, many held their breath when they saw Juraj Slafkovsky being escorted to the locker room by two CH therapists after receiving a shot from Shea Theodore near the left ankle. The rookie returned within moments. Joel Edmundson led the way with eight blocked shots.

Reilly Smith, Jonathan Marchessault and William Karlsson make up the oldest Golden Knights trio. Their complicity bears witness to this. They spent the evening buzzing in Canadiens territory, putting Jake Allen to the test on 42 occasions. Karlsson's feint between his skates before allowing Smith to score his fourth goal of the season was a beauty.

The Canadian's massive attack has been getting a bit of a boost lately. Suzuki's second goal was the fifth scored by the massive Montreal offense this season, the fourth in the last four games.