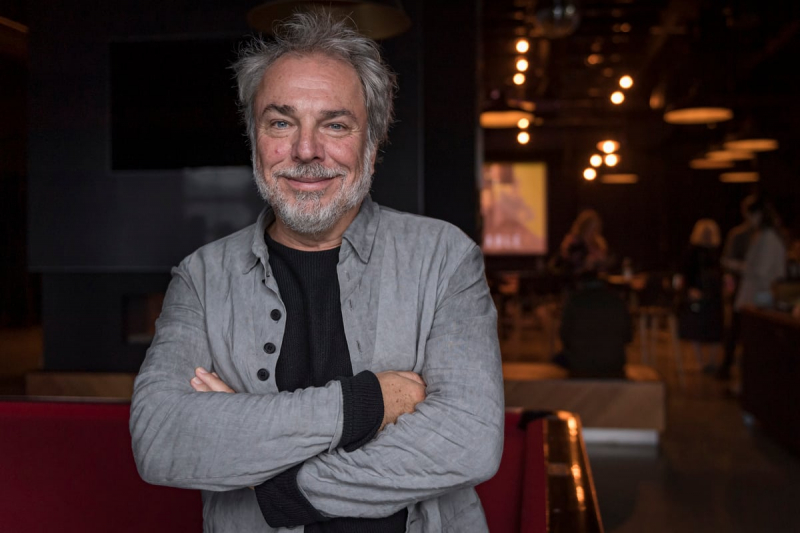 Fully busy with his projects as a host and actor, Christian Bégin had not planned to dive back into humor. Then came author René Brisebois' suggestion to look at the deadly sins. Christian Bégin is thus coming to us this fall with the third solo show of his career, his first in 25 years. “I wanted this direct conversation with the public”, says the artist at the dawn of his sixties.

“Am I completely off the track and should I sit on my balcony and watch the train go by? asked Christian Bégin when the idea of ​​going back on the road with a new comedy show came up.

Before having the career that we know of him, Christian Bégin had precisely done his first steps in humor, alongside François Morency, François Léveillée, Michel Courtemanche and Patrick Huard.

“I did the bar tours as a comedian,” he says. I was one of the foals of the Rozon stable at the time. »

After having launched two solo shows (What remains of my loves? and I've Got A Crush On You or I have an orangeade sur toi) which were very well received by critics in the 1990s, but which proved to be very unprofitable, Christian Bégin turned to the theater, with Les Eternels Pigistes, and television.

A quarter of a century later, here he is returning to his first love with The 8 deadly sins, a hybrid show “which does not embrace the traditional form of stand-up > and which does not obey a mathematical law of laughter”.

On March 16, Christian Bégin will celebrate his 60th birthday. With this new solo, he wanted to validate “if I have reached my planned obsolescence or if I still have something relevant to say”.

When he began to write about the deadly sins, he realized that it became an excuse to talk about other subjects.

“I am doing a kind of assessment of a privileged white heterosexual cisgender fifty-year-old [laughs ]. […] This is the story of a guy who looks at the status he has in the world in which he lives and who says to himself that everything is not as simple as we think. »

The poster of the show, where we see Christian Bégin with a body with abdominals cut with a knife, makes him laugh. “I think it's a very awkward poster. In the show, there is this kind of undercurrent of unease, because I sometimes venture into subjects that are more uncomfortable. […] I also find that in this poster, there is a very concrete illustration of the seven deadly sins. »

What is the eighth deadly sin referred to in the title of his show? To find out, you will have to go see the show, replies the host–comedian-comedian.

“It's a sin that I made up and that speaks a bit about the times we live in right now. »

For the staging of this show, Christian Bégin collaborated with Chantal Lamarre.

“It was also a suggestion from René Brisebois, who acts as script-editor for the show. I thought it was a very good idea, because I wanted to have a feminine look at this universe. And Chantal is not afraid of any ridicule. You can see it in what she does in Infoman. She has zero pride professionally speaking. […] She serves as my third eye, safeguard and life coach. Because she was the one who picked me up in times of great doubt. »

With 38 years of experience behind him, Christian Bégin says he is much more aware of the danger and its limits with this new project.

“There are mornings when I wonder what idea I had to do this. But it only takes me stepping on stage and having my first laugh to understand why I'm here. Thirty years ago, I didn't realize how terrible you get when you do business like this. »

You shouldn't believe that this return to humor is a long-term one for Christian Bégin. “I think this will be my last lap as a solo artist. I just want to meet people. […] Life still surprises me. It was not premeditated, the idea of ​​returning to the stage after 25 years. But it turned out the same. I have ideas for series and films in mind. It may not be time to sit and watch the train go by yet. »

Christian Bégin will present his show The 8 Deadly Sins from October 19 to 21, at the Outremont Theater . It will also be at the Salle Albert-Rousseau in Quebec City on October 25. For all dates: christianbegin.ca.