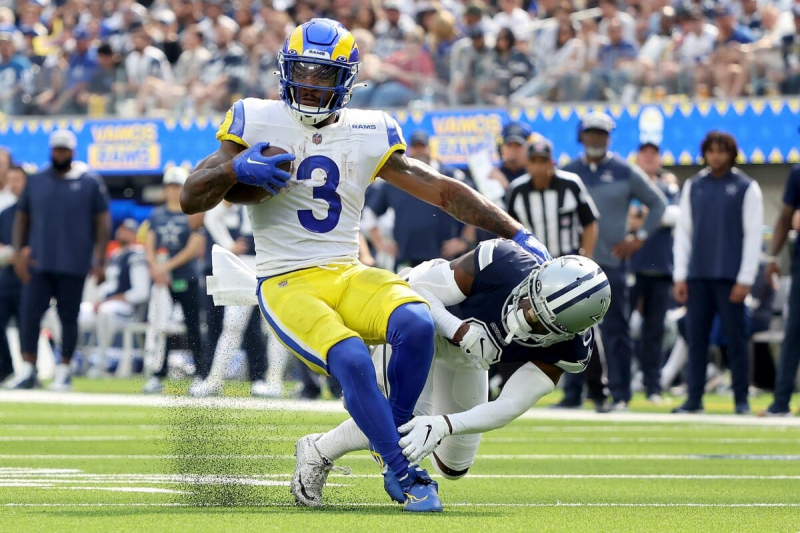 Los Angeles Rams running back Cam Akers will not play Sunday's game against the Carolina Panthers after he also missed two practices during the week for personal reasons”.

“We are working on a few things with Cam. He wasn't here [in training] yesterday [Thursday] and he won't be here today [Friday] either,” Californian head coach Sean McVay said in a conference. press.

This seemingly innocuous explanation took on another twist, however, when it was questioned whether Akers was part of the team's longer-term plans.

“We are working on different files at the moment. As I said – and I hope you'll be lenient – ​​we'll keep these discussions internal for now,” added McVay.

Second-round pick (52nd overall ) of the Rams in 2020, the running back hinted at a bright future after his first professional campaign. A torn Achilles tendon, however, forced him to miss all of his second year in the NFL.

In 2022, he carried the ball 51 times in five games, winning the 151-yard ground and a major. In his absence, Darrell Henderson Jr. is expected to take on the starting role, while Malcolm Brown and Ronnie Rivers are expected to be his backups.

Questioned if the team is looking to add a running back to their roster , McVay left the door open to this scenario.

“I will never say no. We will always explore our options if we believe there is a chance to improve, McVay concluded. However, this is probably not a priority file.”