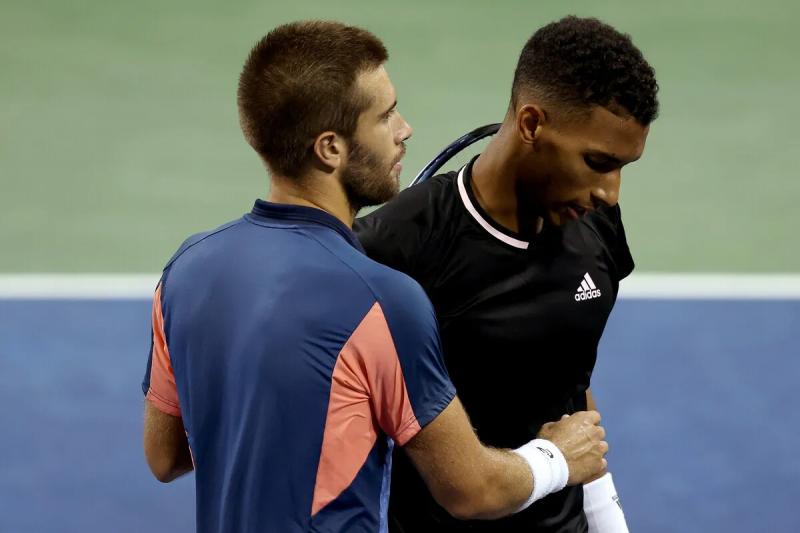 Félix Auger-Aliassime was unable to progress further than the quarter-finals at the Cincinnati tournament, losing in two identical sets of 6-4 against the Croatian Borna Coric, Friday.

The Quebecer, ninth racket in the ATP, was unable to use his serve effectively, he who managed 12 aces, but committed five double faults in return. He also could not do better than a 59% success percentage on his first serves, winning the rally only 70% of the time when he did.

The representative of La Belle Province was the only one of the two players to see his service broken, he who suffered this fate in the third game of the first set, as well as in the seventh game of the second.

Auger-Aliassime gave his opponent a total of nine breaking opportunities. Most of the time, the 22-year-old has shot himself in the foot, committing 25 unforced errors against just 20 game winners, a recipe that rarely rhymes with success.

At the Opposite, Coric, who once ranked 12th in the ATP but is now 152nd, showed much more control with the balls in hand, giving his rival no chance to break.

His first-ball success percentage (64%) leaves something to be desired, but he made up for it by winning 31 of 32 rallies when it was. He also managed the same number of winning strokes as his opponent, while committing 11 fewer unforced errors.

Nevertheless, Auger-Aliassime will be able to rejoice, he who reached the quarter-finals for a second tournament in a row. He had also reached this stage at the Omnium Banque Nationale de Montréal, but had lowered his flag in front of the Norwegian Casper Ruud.

It is all the same an encouraging preparation for the Quebecer, who will turn now his attention is on the last major tournament of the season, the US Open, which will be held from August 29 to September 11. He will also have a lot of points to defend, he who reached the semi-final in 2021.

As for him, Coric continues his momentum after eliminating Rafael Nadal and the defending champion of the National Bank Open, Roberto Bautista Agut. He will face in the semifinals the winner of the duel between Carlos Alcaraz and Cameron Norrie.