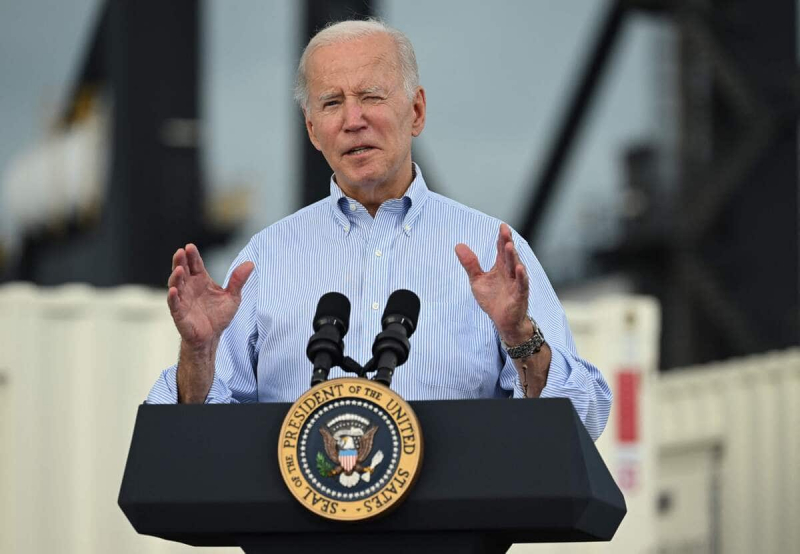 Much of the American population no longer believes in elections. This is terribly serious.

Joe Biden said yesterday that American democracy can no longer be taken for granted. Already, Republicans are loudly claiming, but without any evidence, that the midterm elections are flawed.

In the midterm elections, the issue isn't so much about results in Congress than the multitude of local elections taking place at the same time across the country.

Republican strategists want to make Democratic voters believe that their vote will not count. Either because the stakes are already cast, or because the arbiters of the elections are Republicans who will refuse to validate results that would benefit the Democrats.

The first electoral maneuver is fair game. It is often used to discourage voters on one side from voting.

On the other hand, the second maneuver is undemocratic. Candidates participating in an election must all accept the results of the ballot boxes in advance. Especially when there is no sign of massive fraud.

It should be remembered that despite the Republican accusations, no large-scale fraud has been proven in the United States during the last elections. At most a few anecdotal cases have been reported. The same goes for the first early or remote votes in the midterm elections.

A long time ago

It is striking that the new antidemocratic political culture crystallizes around Donald Trump, a man who suffers from advanced narcissism and who, therefore, does not conceive that he could lose.

Rational arguments have almost no hold on the supporters of this new political culture. For them, only victory counts, that is to say, the maintenance of their hold on power. Moreover, the Trumpist Republicans have practically no electoral platform.

The Democrats are partly responsible for the democratic drift, in insofar as they have little to offer so-called independent voters. Democratic leaders form a gerontocracy that repels many younger, quality candidates. The Democratic woke wing displeases a vast majority of Americans. Democrats' lackadaisical rhetoric on the economy is poorly received.

Democrats are guilty of their inability to field strong candidates against Trump and his gang.

But watch out, as American cultural imperialism overwhelms us, this anti-democratic current has already crossed our borders. It will grow.