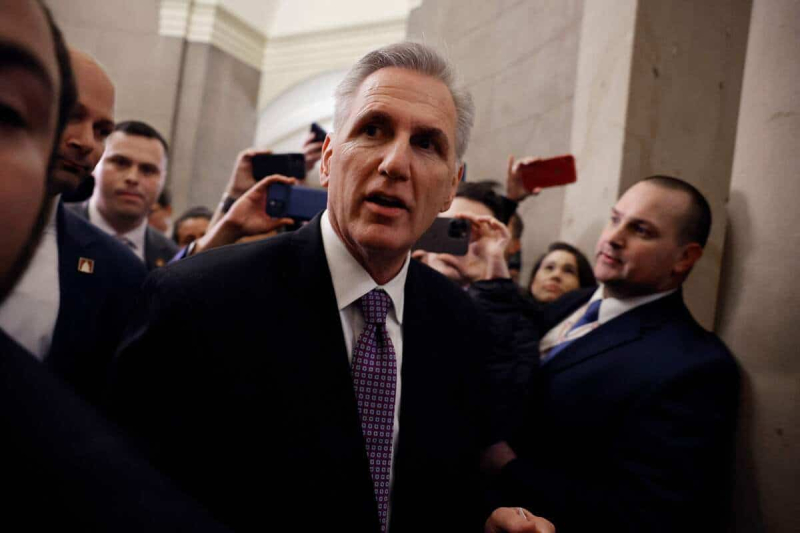 In the United States, Kevin McCarthy's struggles to become Speaker of the House of Representatives show much more than the internal division of the Republican Party. They indicate that a third political party is de facto emerging.

Twenty Republican representatives in the House refuse to support the nearly 200 others who want McCarthy to become president. These 20 representatives are ready to paralyze the House to obtain the president of their choice. They are also ready to destroy the reputation of the Republican Party with part of its electorate. They have escaped the influence of Donald Trump who asks them to settle down.

Even if McCarthy or another presidential candidate managed to rally their vote, the 20 Republicans forged a political alliance among themselves that grew stronger with the votes of the past few days. They behave like a radical right-wing political party resulting from a split within the Republican Party itself.

These people, who are part of the “Freedom caucus”, believe that the federal government must be weakened by all means. Often close to conspiracy theories, they believe, wrongly, that a small secret group is manipulating the American government.

But above all, and it is even more serious, the 20 Republican representatives clearly indicate that they no longer want to play the game of democracy within the Republican Party. In this game, after discussions, and sometimes negotiations, the minorities end up accepting the will of the majority.

There is no trace of compromise here. The small minority of 20 representatives behaves as if it were the majority.

Ironically, this refusal to conform to the Democratic game was initiated by the Republican Party itself when it espoused the Trump's sick thesis on the supposedly fraudulent presidential election.

The 20 Republican dissidents will not stop there. They will likely attempt to inflexibly steer all votes in the House. In other words, they will form a third political party.

If they persist, they could encourage more moderate Republican representatives to vote with the Democrats, including to elect a Speaker of the House.

It is hard to see what could encourage the 20 Republican representatives to rally the majority in the longer term, for other important votes. The only thing that could possibly stop them would be an extremely adverse reaction from their own electorate. But precisely, they were elected by promising their constituents to reform politics in Washington.

The Republican Party is more than ever at a crossroads. If, in addition, Trump were to, for some reason, launch his own party, the future of the Republicans would become extremely uncertain.