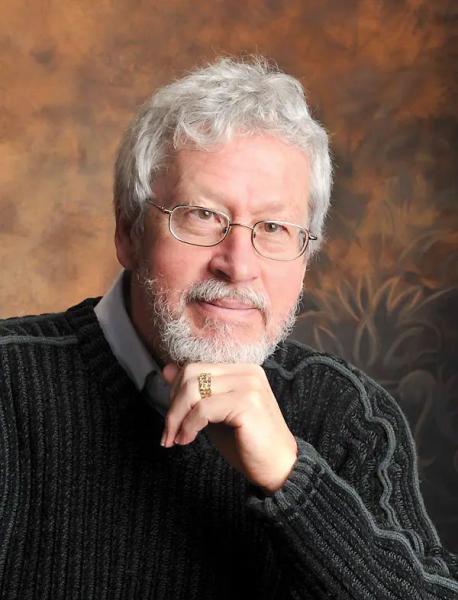 After publishing his novel La tisserande, which evokes the work of women in Montreal factories, the writer Richard Gougeon delves into the tumultuous epic of the patriots in a remarkable new novel, L'auberge des Quatre Lieux. Through endearing characters, he tells how the people of Saint-Césaire lived through this troubled period in history.

In August 1837, Victor Hudon ran a business in Saint-Césaire, in the heart of a normally very quiet region called Les Quatre Lieux. Philomène, his wife, manages the house and takes care of their son.

Everything seems calm… only on the surface, since anger is brewing within the population, who are angry with some English occupiers who seem to loot everything in their path.

Victor Hudon refuses to join the insurgents, but in his store, customers have a lot to say against these “invaders”…

Victor Hudon, cautious, is content to first to observe and listen, but ends up participating in a few clandestine meetings, including those held at the Auberge Godreau. More and more visitors come to this establishment to prepare for the rebellion.

Meanwhile, Father Lamarre exhorts his flock to swear allegiance to the new Queen Victoria and to conform to the established order. Obviously, in the village, it does not suit everyone and the tension is rising. Accusations of treason, rumors of uprisings and acts of ransacking announce a difficult period.

Richard Gougeon has abundantly documented to write this story which is linked to the novel The Weaver, published last year. The heroine of the novel, Christine Cadet, worked in a spinning mill in the Hochelaga district of Montreal, called Les Moulins à coton Victor Hudon.

“During my research, I came across Victor Hudon and realized that he had lived in Saint-Césaire. When I finished The Weaver, I researched him. »

He discovered that he had worked in a M. Casavant and that he took part in engagements at Saint-Charles and Saint-Denis sur Richelieu, which were strongholds of the 1837 rebellion.

” I decided to place my story in the context of the patriots of Saint-Césaire in 1837 and 1838. By continuing my research on my hometown with the Société d'histoire des Quatre Lieux, I documented myself a lot and it there are quite wonderful things that have been revealed to me.

So there was a strong core of patriots in Saint-Césaire, and Victor Hudon, who was rather neutral at the start, was encouraged to join the movement.

“He participated in many clandestine meetings in Saint-Césaire, but had no engagements as such in Saint-Césaire. However, there was a British battalion that occupied the place. There were notorious patriots in Saint-Césaire and a commemorative monument in a park mentions the names of several patriots. »

Some of them were exiled.

“There was also a parish priest that I talk about extensively in the story – parish priest François-Marie Lamarre. It was pro-government, as demanded by the Catholic Church. In the newspaper La Minerve of 1837 – I have the exact reference – he called his parishioners imbeciles, speaking of those who engaged in rebellion, against the government. It makes it interesting.”

And Louis-Joseph Papineau, who was wanted, was in Saint-Césaire during his escape to the United States.

” He slept with someone we know, in a house that still exists in Saint-Césaire. “

« In the village of Saint-Césaire, set like a diamond between two mountains, bordering the Yamaska, the villagers apparently led a peaceful existence. Like the river, their daily life followed its quiet course, sometimes entangled in the meandering marshes, the bubbling of the troubled waters, or slowed down by rocky outcrops that slumbered in its bed. On this Sunday of August 13, 1837, in front of his establishment, flanked by his wife Georgianna, Jean-Baptiste Godreau held the bridle of a magnificent caparisoned white horse. »