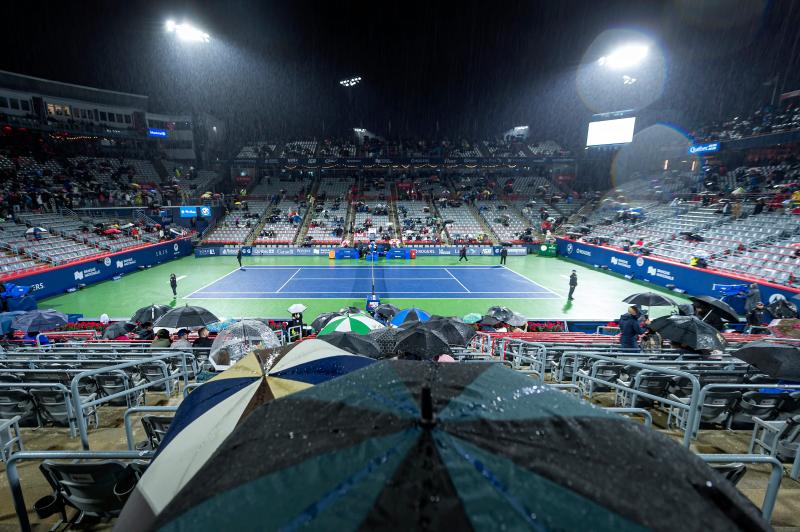 Games delayed, even postponed: the first two days were disrupted by rain at the National Bank Open.

Enough to fuel the eternal debate on the installation of a roof over the central court to counter the vagaries of weather which can create a real headache for the organizers of a tennis tournament.

This project that the boss of the National Bank Open has been cherishing for so long was nevertheless advanced. But everything was turned upside down a little over two years ago.

“All the strings were pretty much tied on the eve of the pandemic with the three levels of government, explained Eugène Lapierre, in an interview. to the Journal. We were about to achieve something.

“We must also remember that the pandemic has caused us to lose a lot of money, and here we are in the process of rebuilding ourselves. So we put that on ice.

“It is certain that our priorities are elsewhere, but we have certainly not given up our hope of having an indoor stadium. »

COVID-19 is also to blame, the cost estimates at the time are no longer the same, sorry Lapierre.

“We could start the exercise from the beginning, he says, and the price to pay may have doubled. But if so, that's another question. »

In 2019, the investment required for the installation of this coveted shelter was estimated at around $70 million.

“Governments were putting in money and so were we,” Lapierre said. There, you have to go back to consult them and ask them for more…

“All that to say that we are not ready to watch this. We don't take it off the radar and we see again this year how useful it can be.

“We see it with climate change, he continues, that all kinds of things in the future. One day will probably be a… must. »

But for now, a roof is not required by the professional tennis authorities.

“The ATP is not in a position to impose that on tournaments for the moment, relates Lapierre. But we wanted to do it to stand out on the international scene. Bad weather happens more often than not.

“We’ve been experiencing cool weather for two days in Montreal, but we can’t rule out heat waves. Spectators deserve some shade too. Otherwise, there may also be hail or torrential rain. »

Of the nine Masters 1000 tournaments, including Montreal, only a few exceptions have the privilege of having an indoor stadium.< /p>

“Madrid and Shanghai are the only two,” recalls Lapierre. Paris too, but it is an indoor tournament. Monaco will never have one, as the site is built on the edge of a cliff.

“Others like Indian Wells and Miami don’t need it. But I know that Rome wishes to have a roof like us. »

The 2010 tournament is a bad memory since no match was presented on Saturday and Sunday, which forced the postponement of the semi-final matches and the final to Monday.< /p>