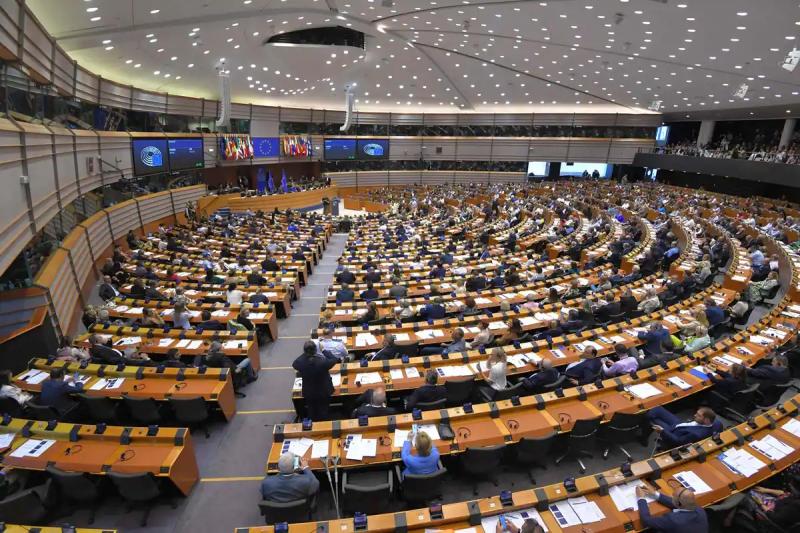 The three institutions of the European Union have banned access to their premises to lobbyists of Russian companies in Brussels in addition to the sanctions adopted after the invasion of Ukraine, the report told Thursday AFP their representatives.

“We must not let them no space to spread their false and toxic propaganda and narratives about the invasion of Ukraine,” she explained.

The Council (the body of the Member States) and the European Commission followed and “gave instructions not to receive any more people who represent a Russian interest”, their representatives confirmed on Thursday shortly before the start of a European summit devoted to aid to Ukraine. European leaders must in particular renew the sanctions adopted against Russia since the annexation of Crimea in 2014.

The agreement to ban Russian lobbyists was given at a meeting of ambassadors of member states June 15, they said. The representative of the European Commission confirmed that he was on the same line.

The implementation of this decision “is in progress”, specified the two institutions. It concerns all the representatives of Russian interests registered in the EU transparency register to have access to the premises of the institutions in order to meet the Commissioners, their staff and European elected representatives.

This register is “a database listing the organizations that seek to influence the legislative process and the implementation of the policies of the European institutions”, specifies the European Commission. “It highlights the interests defended, by whom and with what budgets.”

The decision is part of the implementation of the sixth set of sanctions adopted by the European Union which prohibits any business and public relations consultancy.

Russian diplomats, civil servants and businessmen can no longer benefit from facilitations and visas to enter the EU. But EU nationals who represent the interests of their Russian clients in Brussels have so far not been prevented from carrying out their activities in European fora.