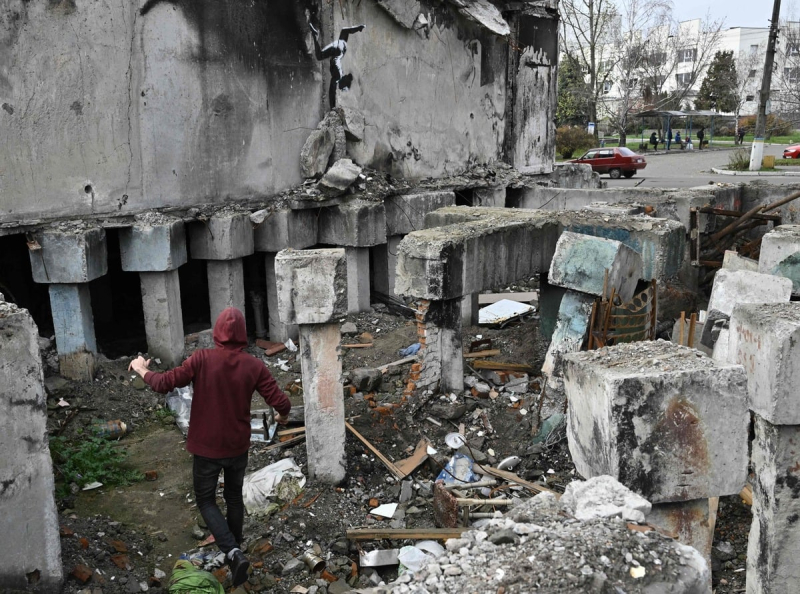 The European Parliament voted on Wednesday a text qualifying Russia as a “State promoter of terrorism” in the war in Ukraine, calling on the 27 countries of the European Union to do the same.

In the text adopted in Strasbourg by 494 votes in favor (58 votes against and 44 abstentions), MEPs describe “Russia as a State promoting terrorism and as a State which uses terrorist means”.

Next Ukrainian President Volodymyr Zelensky's repeated appeals to the international community to declare President Vladimir Putin's regime a “terrorist regime”, the European Parliament takes a mostly symbolic step, in the absence of an adequate legal framework in the EU, unlike the United States.

“Russia must be isolated at all levels and held accountable in order to end its long-standing policy of terrorism in Ukraine and around the world”, quickly reacted on Twitter the Ukrainian president, welcoming the decision. MEPs.

This appeal by Volodymyr Zelensky had already found an echo, in particular, with the parliaments of Estonia, Lithuania and Latvia, as well as with the Parliamentary Assembly of the Council of Europe (PACE), which in October invited the 46 countries of the organization pan-European human rights organization to declare the Russian regime a “terrorist”.

The administration of US President Joe Biden, for its part, refuses to use this qualification for Russia.

“We called a spade a spade. (…) The recognition of this fact by the European Parliament sends a clear political signal. Europe, the Europeans do not want to remain passive, while their big neighbor violates all humanitarian and international standards,” said Lithuanian MEP and former Prime Minister Andrius Kubilius (EPP, right).

< p>In the text adopted on Wednesday, MEPs call on the EU and the Member States to put in place a “European legal framework” which would make it possible to take against countries qualified as supporting terrorism “a battery of heavy restrictive measures and which would have the effect of significantly limiting the Union's relations' with the countries in question.

Since Russia's invasion of Ukraine in February, the EU has stepped up the imposition of economic sanctions against towards Russia, with eight packages of sanctions already announced.

A total of 1,241 individuals – including Russian President Vladimir Putin and his Foreign Minister Sergei Lavrov, but also members of the Duma and oligarchs like Roman Abramovich, Mik haïl Fridman or Petr Aven – and 118 entities are currently subject to asset freezes and bans on entering the EU.