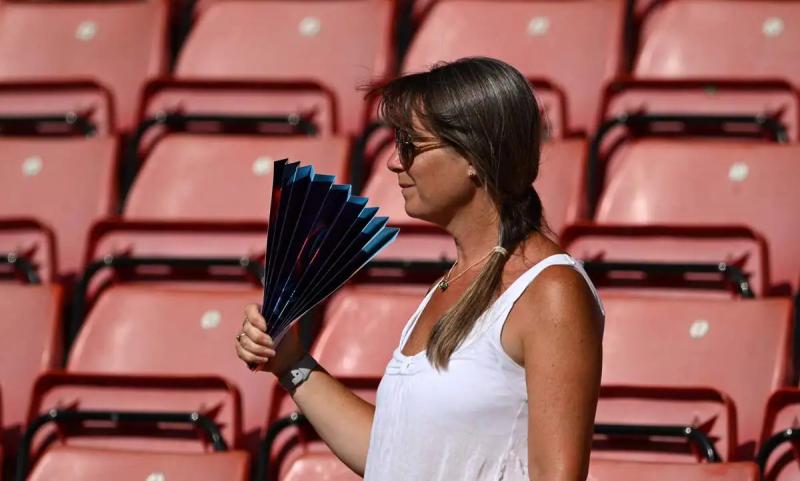 Weakened by temperatures reaching 43 degrees in Spain and Portugal, Western Europe faced a second heat wave in barely a month on Tuesday, with a very worrying impact on soils and glaciers.

The multiplication of these phenomena is a direct consequence of global warming according to scientists, greenhouse gas emissions increasing both their intensity, their duration and their frequency.

“A new heat wave, the second this year, is setting in in Western Europe. It mainly affects Spain and Portugal, but is expected to intensify and spread,” said Clare Nullis, spokesperson for the World Meteorological Organization, in Geneva.

Before to warn about the critical situation of “very very dry soils” and the impact of these temperatures on the glaciers of the Alps.

“It's a very bad season for the glaciers”, a- she insisted, a little over a week after the collapse in Italy of a huge block of the Marmolada glacier, weakened by global warming, which killed eleven people.

In Spain, where temperatures have again crossed the 40°C mark in a large part of the western half of the country and in particular in usually temperate zones, 43.3°C were recorded in Cordoba (south) at 3 p.m. GMT , according to the weather agency (Aemet). The peak of this heat wave is expected to last until Thursday.

In the streets of Madrid, this heat was extremely difficult to bear for employees who could not benefit from the coolness of an air-conditioned office.&nbsp ;

“It's hell,” sighed, sweat on the brow, Dania Arteaga, a 43-year-old Venezuelan, between two squeegee strokes to clean the windows of a store in the center of the Spanish capital.

Joaquín Abad, a 46-year-old plumber, has come to “shorten his working days” to withstand the heat which “is getting worse from year to year”.

Favored by these exceptional temperatures , several fires were raging in the country, one of which had already burned 2,500 hectares of vegetation in Extremadura (west).

According to the government, between January 1 and July 3, 70,354 hectares of forest went up in smoke in Spain, almost double (+87%) the average of the last ten years.

A tourist hotspot closed in Portugal

In Portugal, the risk of fire prompted the authorities to close the very touristic natural park of Sintra, west of Lisbon, while that the mercury rose to 43.1 degrees in the center of the country.

“We live in a region of the world where climate change will systematically worsen conditions over the next few years,” Prime Minister Antonio Costa insisted.

“Studies indicate that even if the world were to respect the objectives of the Paris agreement”, providing for a limitation of global warming to less than 2°C above the pre-industrial level, and ideally at 1.5°C, “the risk of forest fires in Portugal would still be multiplied by six”, he underlined.

In a country that remains traumatized by the deadly fires of 2017, which killed more than a hundred people, the government has declared a “state of contingency” at least until Friday, in order to increase the powers of the services of rescue.

Sign of danger, a fire that had ravaged 2000 hectares in the town of Ourém (center) since Thursday before being contained on Monday, reactivated on Tuesday.

In France, where this episode of strong heat should last at least until the beginning of next week, temperatures were between 36 and 38 degrees on Tuesday, or even locally 39 degrees, on the Atlantic coast, the South-West and the lower Rhône Valley.

A situation that led Prime Minister Élisabeth Borne to call on the entire government to mobilize in the face of the “very rapid impact” of the heat “on the state health of populations, in particular the most vulnerable people”.

This heat wave should then spread to other parts of Western or Central Europe.

In the United Kingdom, the weather agency (Met Office) issued an orange alert before a wave of “extreme heat” from Sunday with temperatures that could exceed 35 degrees. The British have also been called by their water companies to save every drop, in particular by heating only the amount strictly necessary for their cup of tea.