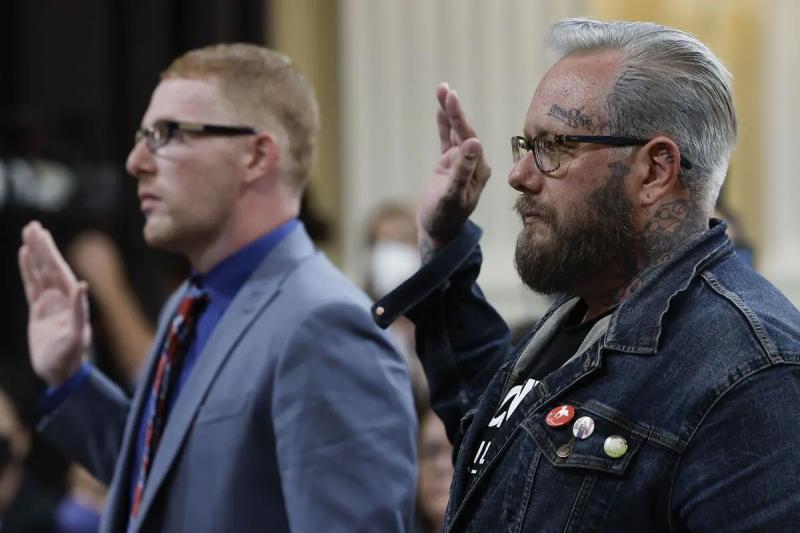 It was Tuesday that we proceeded to the selection of the members of the jury who will have to pronounce on the alleged seditious plot of the Oath Keepers, one of the far-right groups present during the assault on the January 6, 2021.

This militia is made up mostly of former military and law enforcement officials who claim to protect the Constitution. They are associated with everything that swarms in the mire of misinformation and conspiracy, from Roger Stone to Alex Jones and Infowars.

The Department of Justice plays big

In January 2022, the Justice Department filed charges against 11 members of this militia. The trial which began on Tuesday concerns 5 of the 11 accused.

The latter are accused of having prepared a seditious plot, then using force to prevent a peaceful transition of powers from Donald Trump to Joe Biden. If found guilty, they face a 20-year prison sentence. Their defense could be affected by admissions of guilt from 2 of the 11 accused members.

If the individuals concerned play their freedom, the lawyers of the Department of Justice know that they are venturing on a slippery slope as the cause is politically charged. Not only are we rarely able to demonstrate the existence of a seditious conspiracy, there have been no guilty verdicts since the mid-1990s, they have no room for error.

In today's polarized environment, a government failure could have a domino effect. If for the moment all the spotlights are on the Oath Keepers, many observers will not fail to note all the links between the group and the 45th president. The members of the group also allege that they were there to protect the president's supporters.

One of the defense strategies of the militiamen is also based on the possibility that the 45th president invokes the Insurrection Act. This old law from 1807 would have allowed Donald Trump to use the services of militias. According to them, the Oath Keepers were therefore only there to be ready to respond to a call that never came.

At first glance, the Department of Justice seems to have solid evidence , including many text messages between members of the group. Not only can we prove the seriousness of the preparations, but also the fact that we have taken action.

Over the past few years, the far right has been gaining followers and more and more frequently to get closer to power. One can only hope for a flawless work from the Department of Justice, a presentation of the facts that would leave no room for doubt.

The defense of democracy will know no respite and what is been playing since yesterday goes far beyond the fate of a few individuals, it's about the stability of an entire system.