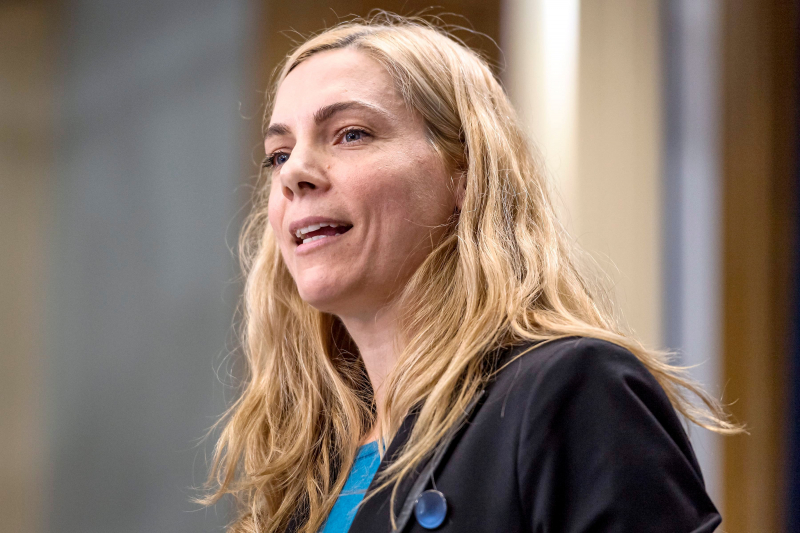 When we talk about a just return of things. The fall of Hockey Canada's dinosaurs will have gone through the muscular intervention of a strong woman. This lady, the Federal Minister of Sports, Pascale St-Onge, deserves all our respect.

She stood up in the wake of this shocking story of gang rape on a young woman of 18 by eight players of the 2018 Junior Team Canada.

In a nutshell, she did her job well.

If justice has been done in this chapter, we cannot speak of a victory. There are no winners in this kind of case.

Our thoughts must go out to the victim. In this case, she chose to monetize her silence.

The system gave him the right. But it will not make her forget the outrages she suffered.

Bettman will act if necessary

All eyes are now on the side of the National Hockey League, which called on a firm of investigators to find out if the players involved in this affair are playing today at the within its frames.

The report should reach Gary Bettman's office shortly. If the NHL commissioner feels that sanctions should be imposed, he will impose them, rest assured.

Mr. Bettman is not used to juggling this type of file when the image of his league is tarnished.

The culprits are used to paying for their faults.

As for Hockey Canada, it's quite a mandate that awaits its new leaders, who will be announced in December.

Hockey players, young and old, should also take a lesson from this story.

It is not expressly up to organizations like Hockey Canada and Hockey Quebec to teaching good life values.

It starts at home.

Parents have a duty to tell their boys that they must respect girls, that they have no right to rape them and that they are not disposable matters after sharing the same bed with them.

They must behave like any civilized citizen respecting law and order.

Their celebrity status does not give them the right to walk with their heads in the air, at the above the fray, and to allow oneself all the pleasures with impunity.

If Ms. St-Onge doesn't know, she should know that Hockey Canada has always been a boys clubespecially for Anglophones.

The nuance is important.

Hockey Canada has always projected the image of an organization that has nothing to wax about Quebec and the French fact. This is also the case for several Canadian national sports federations.

For those, it is as if Quebec did not exist.

Only two French-speaking Quebecers presided over the destinies of the organization founded in 1914, namely Robert Lebel, from Chambly, who was in office from 1957 to 1959, and Lionel Fleury, from Quebec, who held the position from 1964 to 1966.< /p>

Like what it was not only the reprehensible attitude in terms of morals of the leaders of Hockey Canada that was lacking.

It was the same with regard to the inclusion.

My good friend and former colleague Pierre Durocher has been enjoying the benefits of retirement for four years. But the people who met him during his 43-year career at the Journal de Montréal do not forget him.

Recently, friend “Duro” had the pleasant surprise of being inducted into the Quebec Swimming Federation Hall of Fame.

Through his numerous and voluminous reports, Pierre has done a lot to promote our best swimmers in the 1970s and 1980s.

The less young remember that these decades were golden years for Quebec swimmers in particular.

Specialist in amateur sports during During this period, Pierre followed these athletes as well as many others at the Olympic Games, World Championships, Pan American Games and Canadian Championships.

It was a good time for the daily newspapers, particularly for Le Journal which devoted 20 to 30 pages daily to sport.

The Quebec Swimming Federation was run from masterful hand by the late Edgar Théorêt, who for 20 years was sometimes the technical director and general manager, sometimes the president.

It's incredible what Edgar has done for this federation.< /p>

Congratulations, Pierre and to the people who thought of awarding you this great honor.