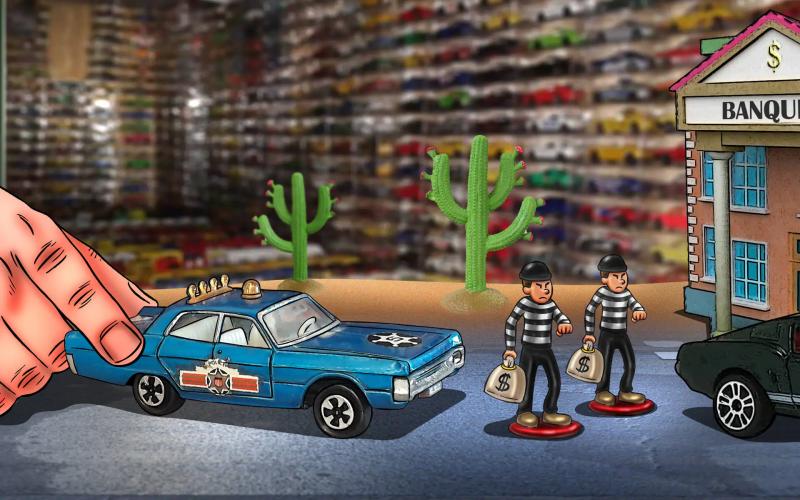 Majorette miniature cars have been a favorite with children since the 1960s. Originally designed and marketed as toys, older models are now prized by collectors. This is the case of Nadi Mobarak, a collector for many years and who now has several thousand units.

On the show Le Guide de l'auto on QUB Radio, Germain Goyer and Frédéric Mercier spoke with him.

Before diving into the heart of the matter, Mr. Mobarak clarified the nature of a Majorette car. “Majorettes are a bit like Hot Wheels or Matchboxes. The only difference is that it is a French brand. These are 1:64 scale toy cars, which means the car is 64 times smaller than a real car. ”

He also goes back to the founding of this company at the turn of the 1960s. “It was Émile Véron, a French entrepreneur, who was at the origin of this brand. He had experience in the toy business since he was co-owner, with his brother, of Norev, which is also a small car company. Subsequently, he went into business on his own by founding Rail-Route in 1961. Rail-Route doing a little train, a little car, in short a little bit of everything. »

He also says the company was forward-thinking and bold in encouraging paid work for women in the home and employing prisoners. In 1987, French production was relocated to Thailand.

While new Majorettes generally sell for a few dollars, there are is otherwise for old models that have been meticulously preserved, and above all, when they are still in their original packaging.

Nevertheless, some very specific models are particularly rare and they are highly coveted by collectors. “There is a model that is extremely rare called the Etalmobil. It is a Citroën vehicle which is a bit like a food-truck. There were only 300,000 copies produced, which is very little. Majorette was producing 400,000 units a day in the 1980s,” says Mr. Mobarak, who owns two of them.

This is also the case of a Citroën DS which is highly sought after by collectors. “On the roof there is a logo that says taxi and there is another version whose logo says driving school. Their production was very limited. At auction, they are exchanged for around 2000 euros ”, he specifies.

An affinity with Quebec

Although Majorette is above all a French company, it has developed over time a special link with our Belle Province.

“As early as 1967, Majorette moved to Canada through a subsidiary based in St-Hubert. We also see the mention on Canadian packaging which, by the way, is extremely rare. In my collection, I only have four Canadian boxes from the era,” says Mr. Mobarak.

He also said that on the box of one of the Plymouth editions Police fury, it reads “Montreal Police”. However, the scale model was never produced with these inscriptions.

During this show, there was also talk about the sale of a Plymouth Superbird at the Barrett-Jackson auction and rumors about the Ford Ranger 2023.

Germain Goyer and Frédéric Mercier answer questions from the public regarding the purchase of the 2013 Kia Rio, the 2023 Toyota Corolla Hybrid and the time to wait for a 2022 GMC Sierra. < /p>