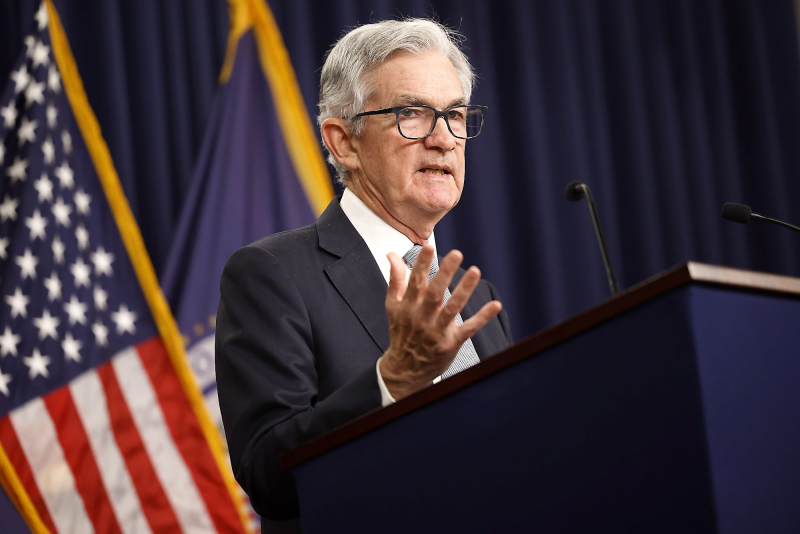 Fed interest rates should now rise more slowly, but the fight against inflation is far from over, according to the head of the Central Bank, who also hinted that a soft landing for the economy was still “very plausible”.

“The time to slow the pace of rate hikes could come as early as the December meeting,” U.S. Federal Reserve Chairman Jerome Powell said Wednesday in a speech at the Brookings Institution in Washington.

The episode of increases in the key interest rate of three-quarters of a percentage point, well above the usual quarter point, and which had not been used since 1994 before June, could therefore closing soon.

The next Fed meeting is scheduled for December 13 and 14.

The Fed Chairman was also more optimistic than a few weeks earlier on the health of the US economy in the coming months.

He therefore considered that a “soft landing”, which would see inflation return to the nails without plunging the United States into recession, is “very plausible”, while he had explained, at the beginning of November at the end of the meeting of the Monetary Committee (FOMC), that the way to achieve this had narrowed.

These remarks delighted Wall Street, and immediately made the Nasdaq jump by more than 3%.

However, the president of the powerful institution warned that the work was far from over: “inflation remains far too high”, he hammered.

He pointed out that the PCE inflation index, the Fed's favorite barometer and whose October figures will be published on Thursday, is expected at 6.0% year on year, down slightly from 6.2%. September.

The other inflation index, the CPI, which benchmarks and is used to index pensions, slowed to 7.7% year on year in October, from 8.2% in September.

“Low months in the data are often followed by rebounds”, warned Jerome Powell, however.

Therefore, the Monetary Policy Committee, the Fed's decision-making body, anticipates “that further hikes will be appropriate”, he warned. It is “likely” that rates will remain high “for a while”, he also warned.

Mr. Powell, on the other hand, did not specify to what level it would be necessary to increase these overnight rates, which are currently in a range of 3.75 to 4.00% after starting from zero at the start of the year. .

“There is considerable uncertainty about what rate will be sufficient” to tame inflation, he commented.

Earlier Wednesday, another Fed official, Governor Lisa Cook, had also considered that “it would be prudent to take smaller steps”, stressing that after the rate hikes already made, “the impact of monetary policy would take time”.

She also did not venture to specify what would be the ideal rate to achieve: “we will only know over time by observing how the The economy is changing,” she simply said.

One of his colleagues, James Bullard, president of the St. Louis Fed, a member also voting this year on the Monetary Committee, had estimated on Tuesday that this final rate should be at 4.9%, which implies further increases. /p>

The Fed has been raising the cost of money since March to combat high inflation in the United States.

Ahead of the next meeting, Fed members will have had at their disposal the latest unemployment figures, which will be published on Friday. The unemployment rate is expected to be stable in November, at 3.7%, with a slowdown in job creation.

Private sector hiring slowed sharply in November, even registering the sharpest slowdown for almost two years, according to the monthly ADP/Stanford Lab survey published on Wednesday.

As for the growth of GDP (gross domestic product) in the third quarter, it was a little stronger than initially announced, at 2.9% at an annualized rate, according to a second estimate also published on Wednesday.