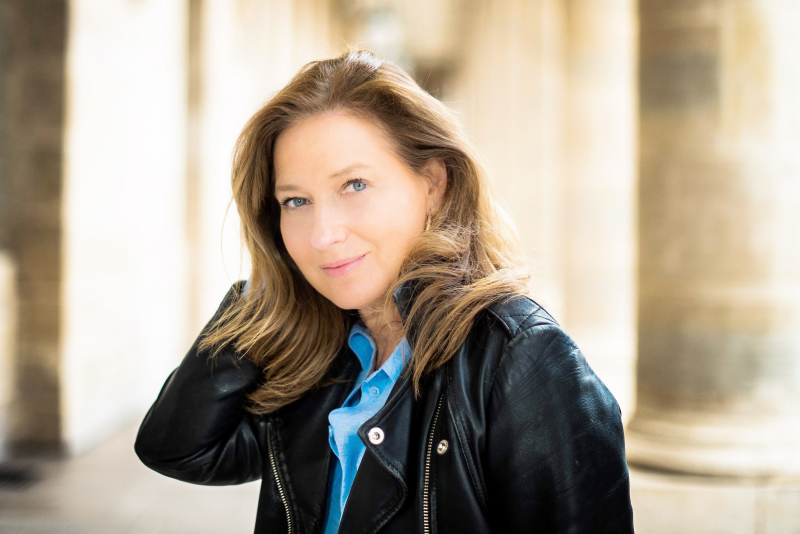 Head of the Books pages for the magazine ELLE in France, literary critic for < em>TéléMatin, the writer Olivia de Lamberterie stood out in 2018 with a moving book inspired by the death of her brother in Montreal, With all my sympathy. For this literary season, she is offering How do people do?, a tasty novel about the “sandwich” generation, mental workload and all its drifts. Cynical, sympathetic, funny, enlightening, moving, he is all at once, and above all screaming truth.

Anna, the narrator of this novel, is an editor under the orders of a real dictator who does everything to piss her off. On a daily basis, she manages as best she can, that is to say rather badly. But she resists and she takes it, like many, many people.

At the dawn of her fifties, she is stuck between two generations. That of his mother, who suffers from a form of dementia, and that of his three woke teenage daughters. She also manages a husband who dresses in neon clothes and girlfriends who are close to burn-out.

Anna, a fine observer of the crazy world around her, from near or far, wonders how people do things. How do they not notice that society is going awry, that the mental load is a heavy burden to bear, that wear and tear is felt in relationships, that nothing is going right and that everyday life becomes borderline absurd? Yet all Anna needs is a little more love, to heal a little bit of everything.

Olivia de Lamberterie portrays the women of a generation in this tasty and authentic, universal novel. The “sandwich” generation weighed down by responsibilities, caught between aging parents and children who see things from a different point of view.

“I'm 55 and I wanted to talk of this generation of women who are sandwiched between everything,” she explained in a telephone interview.

“They take care of parents and children at the same time, and also because I find that it is a generation that is sandwiched between the generation of historical feminists and a new generation of young girls who are much more radical, much more woke as we say today. »

« I find that I sometimes feel completely foreign in this world where nothing is recognized anymore. I had the impression that our generation was perhaps less invested in feminism because, when we were born, we already had abortions, the pill and everything.

She thought it was an interesting generation. She was right.

“We are good little soldiers, we tried to do everything. We tried to have children, to work, to take care of parents, to be good wives. To do everything well… with results that are sometimes a bit difficult. It amused me to zoom in on this generation of women, this feminine position of that time. »

The fight is not over

Olivia de Lamberterie also has the impression that sometimes women have asked for things nicely, such as equal pay, which in France they did not get, and finds it very good that young girls are a bit more radical.

It is not a book of reckoning, neither with the generation before nor with the generation after, she reassures. “I think it's very important to come together, especially today, because there are going to be very important fights for women again. I wanted to do a book of gratitude for our elders because thanks to them, we had the right to abortion and contraception, and also a book of gratitude for young girls, even if sometimes I don't do not understand. »

“She finds refuge in a small cave erected over the decades with words, images and songs, art, a big word, the beauty of things that overwhelms her serves as a kaleidoscope to observe days and people. Thus the daily life seems less ferocious in the eyes of this disenchanted sentimental. »