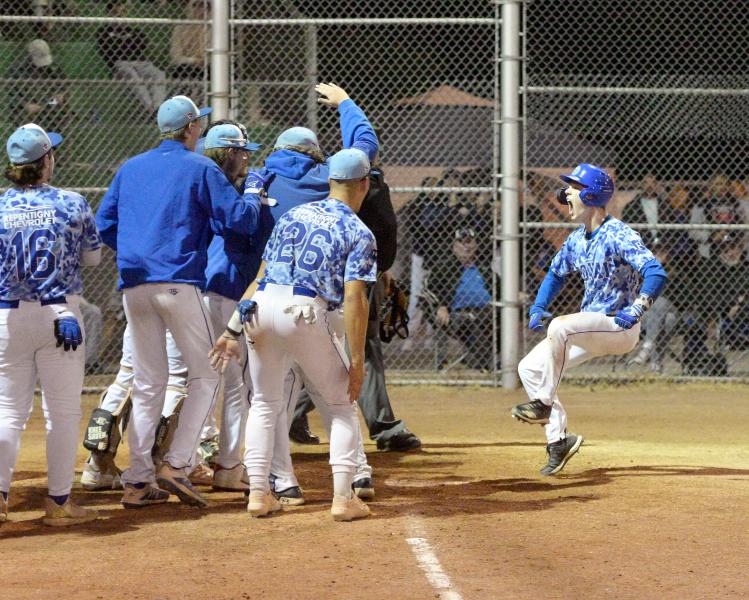 The LBJEQ final continues Thursday evening as the Charlesbourg Alouettes will host the Royal Chevrolet of Repentigny, who won the first game of this ultimate series 4 of 7. In the first duel, On Tuesday, the long ball was there as Samuel Fortier of Charlesbourg and Benjamin Sauvé of Repentigny homered.

Benjamin Sauvé, of the Royal Chevrolet in Repentigny, was joined at the plate by his teammates after hitting his three-run homer.

The Charlesbourg Alouettes' excellent pitcher and hitter Xavier Boutin is with of its manager and former member of the Blue Jays coaching staff, Josué Peley.

The excellent trio of referees was made up of Tanya Millette, Hughes Lafrenière and Michel Eteson.

Dominant Repentigny pitcher Jacob Brault, who has an immaculate record of 11-0, is surrounded by his head coach, Matthieu Ranger, and his assistant coach, Charles Lafortune.

The third match will take place on Saturday evening in Repentigny as we see here an enthusiastic group of Royal Chevrolet supporters.

Former junior star pitcher Gaston Barberis would have liked to attend the game with his granddaughter, Jade Morency-Barberis, and his daughter, Annie Barberis.

The Alouettes organization invites fans from s 5 p.m. Thursday for a pregame tailgate at Henri-Casault Park in Quebec City. Camille Simard is with Mrs. Lorusso and Marie-Ève ​​Morency.