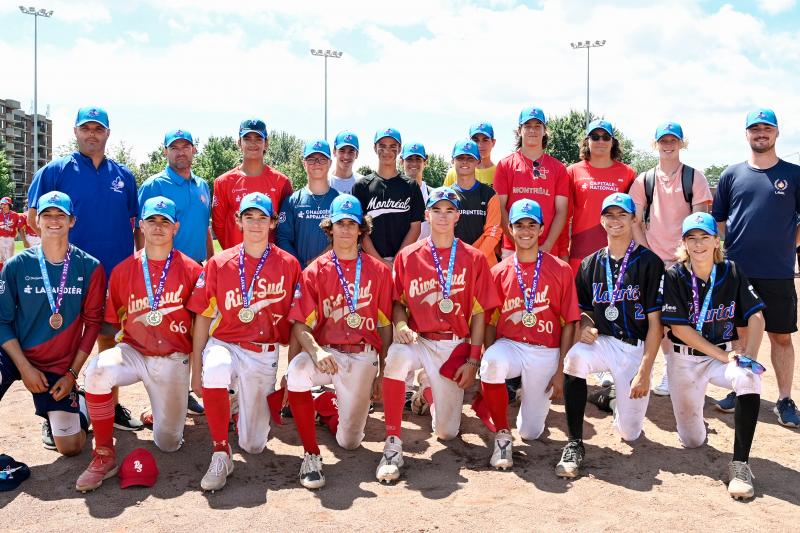 The first block of the 55th Final of the Quebec Games, which is being held in Laval, is over. I attended several competitions and this allowed me to discover passionate athletes from all over Quebec. Now let's make way for golf, soccer, softball, archery, triathlon, mountain biking and volleyball.

The Quebec 15U squad that will participate in the Canadian Championship has been revealed. In the front row, you can see some of the players who won a medal at the Jeux du Québec-Laval.

There were fans of all ages in Laval. In this photo, we can see Liam Black, from Lanaudière, who is surrounded by Zack Céré, Alexia Lamarre, Arielle Paquette and Mia Simard.

The gold medalists in beach volleyball come from the Lanaudière region. Alicia Thibodeau and Simone Bereault are here with their coach, Anne Sofie Charrette.

Maya Gauthier, from Trois-Rivières, had a great time during the baseball game.

The players of the Lanaudière team were celebrating after winning the bronze medal.

The excellent player of the Quebec women's team Frédérique Noël attended several games of baseball. This fall, she will join the ABC women's program in Trois-Rivières.