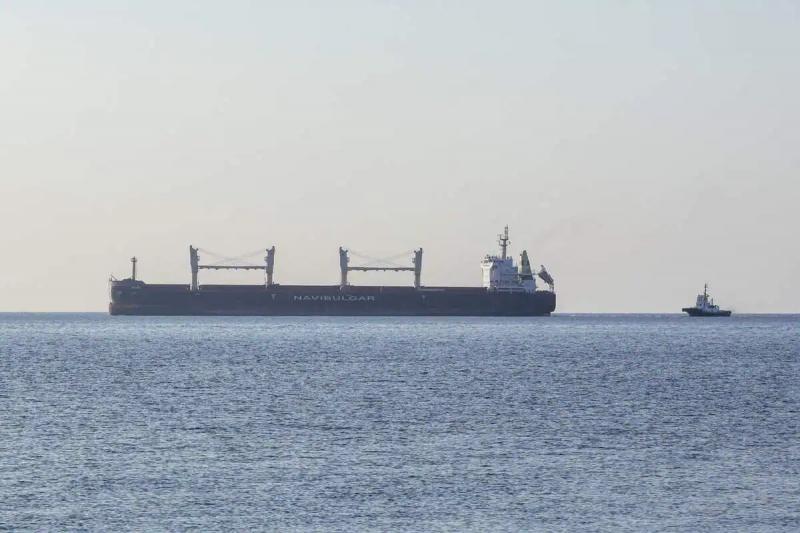 The first ship carrying Ukrainian grain docked at the port of Mersin, Turkey on Wednesday, according to maritime traffic tracking sites, and found a new buyer, a news site reported.

The Razoni, a freighter flying the Sierra Leonean flag, left the Ukrainian port of Odessa on the Black Sea on August 1 with 26,000 tonnes of corn, and should have docked in the port of Tripoli, Lebanon, on Sunday.&nbsp ;

The delivery time of five months, however, “prompted the buyer and the shipper to agree on the cancellation of the order”, explained Tuesday evening the Ukrainian embassy in a press release .

According to maritime tracing sites, the Razoni docked at the Turkish Mediterranean port of Mersin on Wednesday evening.

A new buyer has been found in Turkey for the corn transported by the Razoni, the site reported. Middle East Eye information.

“The cargo has been sold and will be unloaded in Mersin,” said Ahmed Al-Fares of the shipping agency Ashram, according to the site.

An agreement signed by Russia and Ukraine, and validated by the United Nations and the Turkey in July in Istanbul allowed the resumption of the export of Ukrainian cereals in order to stem the world food crisis.

Frederick Kenney, a senior UN official responsible for overseeing the agreement, said on Wednesday that wheat exports will start next week, after boats loaded with corn, blocked in Ukrainian ports since the invasion on Russian, were able to leave.

“We are seeing a steady increase in the number of ships arriving and departing. It's a good start,” he added.