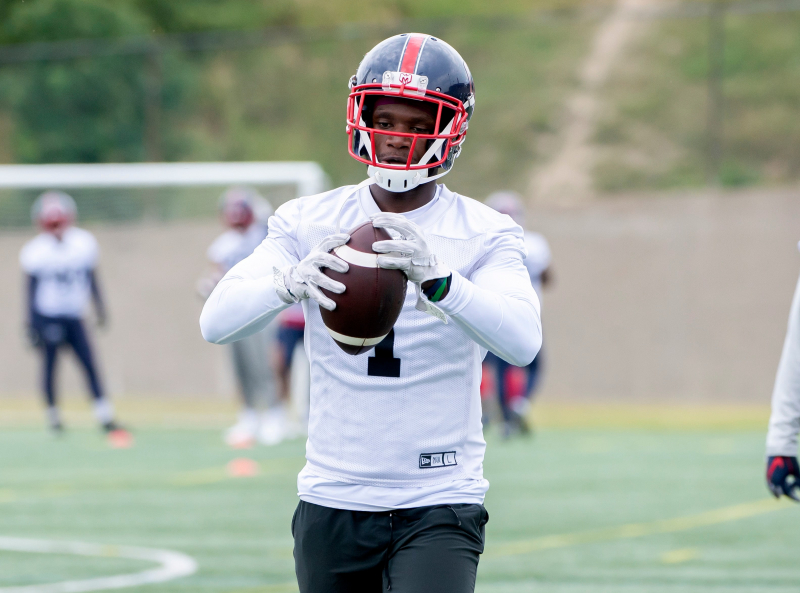 HAMILTON | Recent changes to the Alouettes' coaching staff are beneficial for Quebec wide receiver Hergy Mayala, who has seen his role grow since that Anthony Calvillo is in charge of the attack during games.

Statistically, the 26-year-old Montrealer had his best performance of the campaign last week in Ottawa.

The Alouettes' most productive receiver against the Rouge et Noir, Mayala caught five balls, collecting 102 yards and scoring a touchdown.

Heading into yesterday's game against the Hamilton Tiger-Cats, the winter contracted player had rushed for 201 yards this season, the third most on the team behind Eugene Lewis (465) and Reggie White Jr. (324). ).

Against the Tiger-Cats, like the vast majority of his teammates, Mayala was held back by the imposing home defense. After three quarters, Trevor Harris had fired three passes in his direction, but each time, the Quebecer was thrown to the ground.

We are still very far from the legendary statistics of Ben Cahoon, but it was a while ago that we had seen a Canadian receiver amass so many yards for the Alouettes.

“After the game against the Rouge et Noir last week, Éric [Deslauriers, the director of football operations] made me aware of the fact that I was the Canadian receiver who had the best statistics with the team for quite a while. It made me happy,” Mayala said a few days ago.

It was also his third-best night at work since making his CHL debut with the Calgary Stampeders three years ago.

Humble, the University of Connecticut product however, did not want to dwell on his personal prowess. The Alouettes, the club of his childhood, show a losing record this season and all that matters to him, he says, “is to help the team”.

But obviously, Mayala is happy to see more passes thrown in her direction. He had five catches in his first four games with the team; he had eight in his last two meetings, before yesterday.

A dream and pressure

Born in Congo, Mayala grew up in Pierrefonds, where he watched the Alouettes on television. Donning their uniform is a dream come true for the 6'1″, 208 lb player. Upon his arrival with the “Sparrows”, Mayala said his goal was “to show that he was one of the best receivers in the league”.

There was pressure to forget his second season in Calgary. Despite a very good first campaign – he had accumulated 562 yards – Mayala had to settle for a more limited role last year.

“But I now understand that a career is It's a process, he says. What matters is that I focus on the work I have to do. »