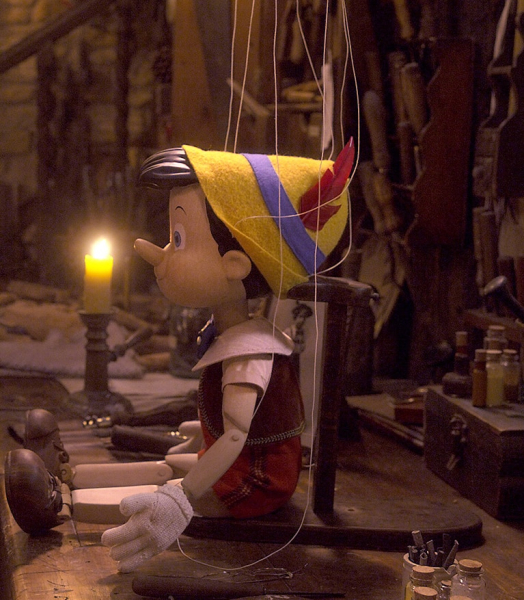 You all know that good old proverb, “there is no worse blind than the one who does not want to see”. It's impossible to make someone listen to reason who persists in not wanting to know anything.

This year again, we have presented the facts, linked them together, put them into context. , some continue to demonstrate stubborn resistance, to convey baseless claims.

NPR, the American public radio, had made “disinformation” the word of the year 2019. Three years later, the same observation could be made: in this respect, the more things change, the more they are the same.

The results of the year have always seemed to me to wander between the necessary and the superfluous. Necessary to refresh our memory and allow us, in good faith, to learn from the good and bad news.

Superfluous and repetitive, because you rarely learn anything new. From time to time, however, reminders are worth it. The Washington Posthas been offering its list of the “biggest lies” of the year for the past fifteen years, as noted week by week by Glenn Kessler, the Fact Checker from the great daily newspaper of the American capital.

Kessler uses a system of one to four “Pinocchios”, only one involving having somewhat fiddled with the truth; four “Pinocchios” meaning having lied purely and simply. This year again, we find embarrassing, even infamous pearls, especially from public figures that millions of Americans follow with reverence.

An absolute record, Donald Trump occupies a place in this unworthy list for the eighth consecutive year. No wonder when you remember that the Fact Checker of the Posttallied 30,573 false or misleading allegations during his four-year term as president, an average of 21 a day!

The presidency, in fact, seems to incite fabrication, and ultimately deceive citizens . Thus, Joe Biden does not give his place with two spectacular entries in the list of “Four Pinocchios”, including an exaggeration exceeding 160 times the reality.

On the right, conspiracy theories continue to wreak havoc, with conservative politicians and commentators drawing on gossip and gossip to construct aberrant alternative realities.

A naivety – or bad faith – that the Russian propaganda was very good at using.

Fox News host Tucker Carlson has fallen into this trap more than once. In March, for example, shortly after Russia invaded Ukraine, Carlson unabashedly relayed a surge of Russian indoctrination that Hunter Biden, the president's son, had funded a biological weapons program in Ukraine.

Totally false! That Carlson ended up correcting? No way. Moreover, this is what unites these great liars, according to the Washington Post: on the right as on the left, from one White House to another, we let the lie run wild. All misplaced to give lessons!

The great liars of 2022 or the Washington Post's “Four Pinocchios”

Donald Trump (for a record 8th year in a row!)

An endless string of misleading allegations about alleged fraud in the 2020 presidential election and conspiracy theories about his supporters that attacked the Capitol in January 2021.

< p>The president likes to claim that he was arrested at different times in his life, when he sought to defend civil rights: as a teenager when he stood alongside a black couple or in Soweto, South Africa. South, after seeking to meet Nelson Mandela in prison. Baseless allegations according to Washington Post Fact checker.

The Chips and Science Act releases $53 billion for research, development and manufacturing of semiconductors in the United States.

Joe Biden repeats that a million jobs will, by extension, be created. In fact, according to an industry report, the law will only create 6,200 jobs. The White House has never made any corrections to the president's remarks.

The Republican senator-elect from Ohio went to claim that Biden intentionally authorized the distribution of drugs such as fentanyl “for the purpose of killing Trump supporters” in the heartland of the United States.

A assertion supported by no facts or precise data. As the Washington Post mentions, “Fentanyl seizures have risen, not fallen, under Biden; overdose deaths have risen sharply under Trump; African Americans and Latinos lost their lives to opioids at a higher rate than whites.”

To justify the Russian invasion, the head of the Kremlin launched into a long and devious description of Ukraine as being only a recent creation, drawn from a conflict between Lenin and Stalin.

In fact, the Ukrainian language and culture have existed for centuries, and already in the middle of the 19th century, a Ukrainian nationalist movement opposed the hegemony of Russia.