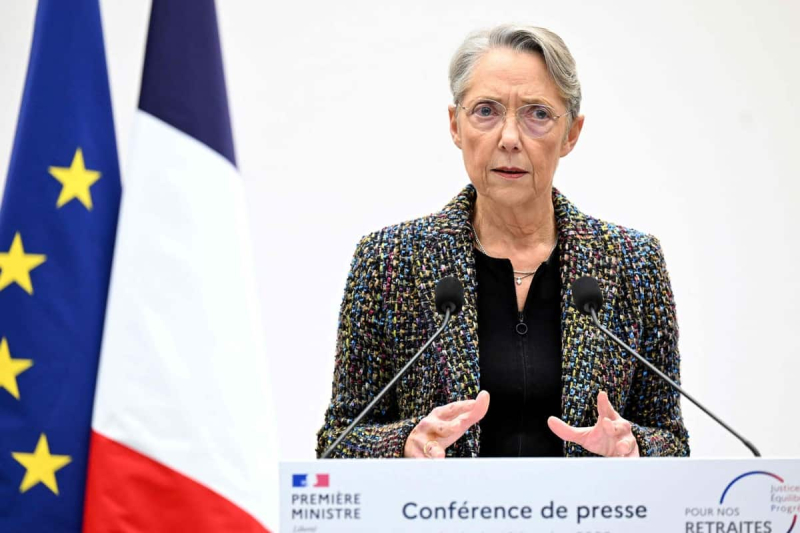 The legal retirement age will reach 64 in 2030 in France, compared to 62 today, according to the reform presented on Tuesday by Prime Minister Élisabeth Borne, which also plans to accelerate the extension of period of contributions, advancing to 2027 the requirement of 43 years of contributions for a full pension instead of 2035.

The legal age will be gradually raised at the rate of three months per year from 1 September. It will therefore be set at 63 years and 3 months in 2027 at the end of the five-year term, then will reach the target of 64 years in 2030, according to the government press kit which accompanies a press conference by the Prime Minister.

“To benefit from a full retirement pension, it will be necessary, from 2027, to have worked 43 years, duration of contribution voted within the framework of the Touraine law of 2014”, which had fixed the deadline at 2035, is- he writes.

The reform “will record the extinction of the main special schemes”: “new recruits at the RATP, in the electricity and gas industries branch and at the Banque de France” will in particular be affiliated to the general pension scheme, specified the head of the government.

An “adapted” system to “protect people who have a long career” will also be put in place, so that “no one who started working early is forced to work longer 44 years old”.

According to the executive, there is an “urgency” to straighten out a regime which could post a deficit of around twenty billion euros in 2030.

“Allowing” the “deficits to accumulate” would be irresponsible”, estimated Élisabeth Borne, assuring to propose a “project of justice and a project carrying social progress”.

She also affirmed that this project was to his eyes “better than they were six months ago” before the consultation with the social partners and the political forces.

This postponement to 64 years rather than 65 could earn the government the support Republicans. The other opposition groups and the trade unions are headwinds against any increase in the legal age, believing that it would mainly affect the most modest.

The result is hardly in doubt: reunited at the end of the noon at the Bourse du travail in Paris, the leaders of the eight major unions (CFDT, CGT, FO, CFE-CGC, CFTC, Unsa, Solidaires, FSU) should call for a first day of demonstrations and strikes on the 19th or 24th January.

“If Emmanuel Macron wants to make it his mother of reforms (…), for us, it will be the mother of battles”, summarizes Frédéric Souillot, boss of Force Ouvrière.