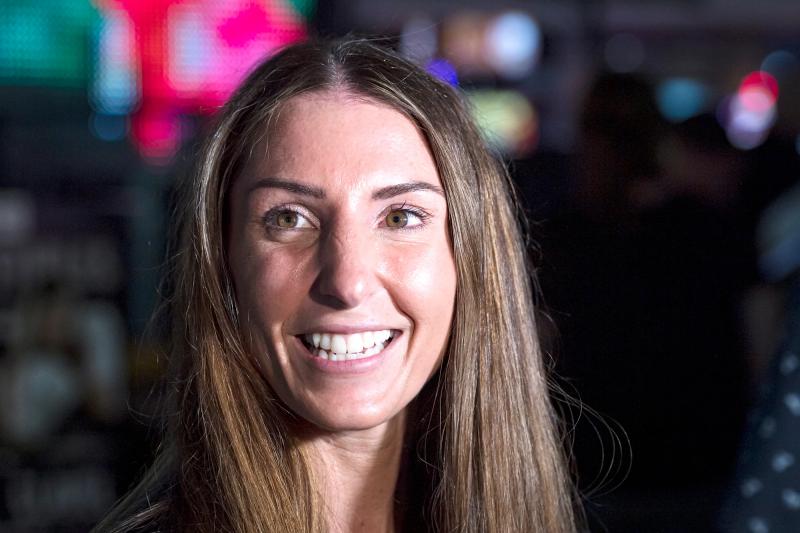 WBC light flyweight world champion Kim Clavel is a passionate woman in everything she does.

Her mother, Linda Caron, became a single parent when Kim was just 6 months old. She considers herself lucky, because despite their separation, her parents made sure that her father, Pierre Clavel, would be present in her life: “Dad was a cowboy like you don't do anymore”. While his mother taught him the importance of the values ​​of life.

You lived in Mascouche.

I lived in Mascouche until the age of 4. I have a sister, Angie, who is a horse trainer in Oklahoma.

You then moved to the Joliette area.

We lived near Joliette, in Saint-Calixte, Crabtree and Saint-Liguori. In fact, when I was 16, my sister and I lived on a farm in Saint-Liguori where we bred racehorses. We did the maintenance of the stable and we accompanied the horses to Blue Bonnets, where I worked a few years later.

When you were younger, your mother had bought a horse.

My mother, in addition to her daily work, maintained the stable for the expenses that surrounded the horse. I also had fun in the forest and running in the fields. It was a simple activity, however, I was happy.

Your mother often tells you an anecdote that touches you a lot.

J I was barely 5 years old when I opened the door of the fridge which was almost empty, and, looking at her, I told her that I was still happy with her. Mom started crying.

Hot dogs around a fire, it was a gourmet night

We didn't have a lot of money, but the evenings at Lac Opéra, which I shared with my mother and my sister sitting on a rock around a fire enjoying hot dogs, were as beautiful as go to great restaurants.

Your mother inspired you a lot.

When I was very young, my mother made me understand the importance of helping people in need.

You accompanied your mother to work.

I was barely 8 or 10 years old and I accompanied him to a residence for people with Alzheimer's. I can still see myself blowing on their spoon because the soup was too hot, or walking with them.

You have always loved combat sports.

For seven years, I did taekwondo, because my mother thought I had too much energy, and it allowed me, among other things, to learn respect for people .

You were having fun outside.

I didn't need video games, because I had fun creating games with my imagination. My sister was my best friend, however unlike me she loved to read. Often I would ask him to stop reading to join me.

You played basketball at school.

Yes, because I was enrolled in a basketball concentration, but I was more dominant in cross-country races, not to mention dodgeball in the schoolyard, and sometimes I was better than the boys.

You were 15 when you started boxing.

I asked the boxing trainer, Mr. Michel Morin, to join his team. At 6 4 in and 240 lbs, he leaned towards me to explain that he had to discuss the situation with me. Once the discussion was over, I joined his team. However, at my first practice, my mother had given me a pair of shoes that were not the same color.

It wasn't your first punch that gave you confidence.

No, because before I could throw my first punch, I suffered several of my opponents during sparring sessions.

How did you build your confidence?

The day I realized that it was more important to dodge punches than to give them. I smiled when I dodged punches, because it allowed me to hit my opponent with more power.

I was blessed, because Stéphan Larouche and his wife, Danielle Bouchard – who in July 2008 became the first Canadian boxer to deliver a world championship fight – agreed to train me. Their love for me motivates me a lot.

You had no money to pay for gas for your car.

I had to lie to Stéphane telling him that I couldn't go to training because I had to work. However, in reality, I didn't have enough money to pay for gas for my car.

How did you get the money?

I worked sorting garbage and cleaning septic tanks. However, my career nearly ended when my finger got stuck under a compressor used to make movie screens.

My colleagues were pulling on the rope to stop the compressor, but in vain. I suffered a major injury to my hand and wrist.

Who was your mentor?

Canadian boxer Ariane Fortin. In fact, I lived with her in Montreal, and without her support and encouragement, I would never have finished my studies, because I was a high school dropout.

Describe tell us about your days.

In the morning, I went to the east end of Montreal to take English classes. Then I came back to the Center Claude-Robillard for a boxing session. Once this session was over, I headed to Côte-des-Neiges to take my nursing assistant course, five times a week, from 2 p.m. to 10 p.m. This routine was part of my life for 18 months.

Unfortunately, we'll have to talk about your career another time. However, you confided in me that you would like to have children.

Currently, my career prevents me from having children. Once my career is over, I would like to have children in order to share my love with them.

You have a message for young girls.

< p>Never be afraid to take your place in life, but above all to work for it.