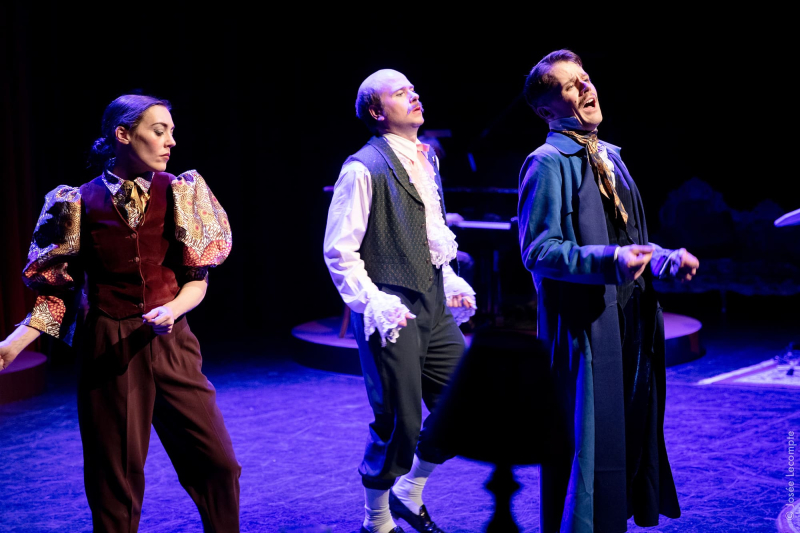 “The future teaches us that it is made of amazing things”. These words by actor Olivier Morin apply very well to what he is going through, he who enjoys imagining a burlesque future in plays he has written such as Le clone est triste which will be playing again at the Théâtre aux Écuries in Montreal in early December.

Twenty years after graduating from the Montreal Conservatory of Dramatic Arts, the actor lives off a profession that fascinates him and is not unemployed. However, he remains unknown to the general public, as he has not had significant roles in popular series on television.

“What I like is that there is had many surprises that have marked my journey, he says. However, I would have liked to do more films. It is an unfamiliar area that I would like to discover more about.

Without bitterness, he recognizes that being left out of the stardom can be detrimental when assigning roles, even in the theater, where he has played a lot.

« As an actor in theatre, you have to have the green light from certain distributors who are more inclined to give the right pieces of cake to those recognized by the audience,” he notes.

Playing in its own creations

Oliver Morin will however have the chance to showcase himself in the shoes of the French writer Edmond Rostand, famous for his book Cyrano de Bergerac , at the Théâtre du Rideau Vert in March.

The one who has just finished the play If ever you listen to us at the Denise-Pelletier Theater will also put on his dandy hat before the Holidays in the comedy he produced with Guillaume Tremblay and that he puts on a show. The clone is sadtakes place in a futuristic world where all the baby boomers have disappeared, the last having been extradited to the Moon for crimes against humanity. The show tells the story of a man, Gilles Douillette, who realizes that he is a clone. Then follows an investigation led by Sunday investigators to determine if he would not be the last of this famous generation.

« This is not a show for basher the baby-boomers, even if today, they still stand out in society, specifies Olivier Morin. We tease them. It's a bit like us cloning them. We bear the faults of which we reproach them. »

This production was presented in 2019 and it is back in theaters since it had been a great success.

< p>“It's great comedy,” he said. It's funny, but you still have questions. It's a good show to bring someone who doesn't come to the theater often. ”

For logistical reasons, this show will not be remounted so this is the last opportunity to attend.

♦ The clone is sad will be presented at the Théâtre aux Écuries from December 2 to 7.