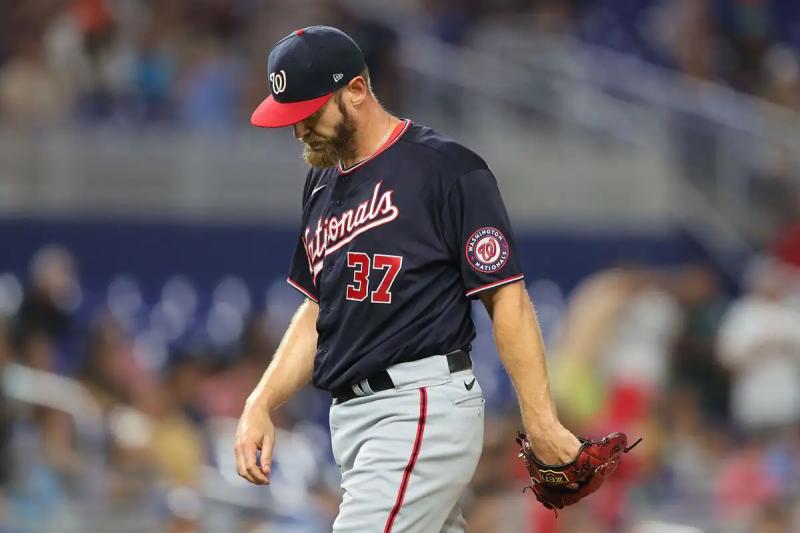 The career of Washington Nationals pitcher Stephen Strasburg is hanging by a thread, according to the veteran who has only made one start this season.

Since the 2019 season, which ended with his team winning the World Series title, the 34-year-old right-hander has appeared in a grand total of eight major league baseball games, which represents 31 and a third innings on the mound. . This year, a broken rib has kept him out of action and there is no sign of a return to peak form in 2023. The gunner is well aware of this.

“I realize that time is running out. It's been almost three years since I started competitively and I'm not getting any younger,” he told The Washington Post.

After signing a seven-year contract and of $245 million in December 2019, Strasburg has been through real hell. In particular, he underwent an operation last year to treat thoracobrachial outlet syndrome, characterized by compression of the nerves and vascular system of the shoulder. The drive back was bumpy.

“I did a few exercises and saw improvements in my shoulder position. However, the strength is not quite there and I don't know what the future holds for me, he admitted. Before, every time I had an injury, I thought I would come back strong. For this one, there really is a big question mark.”

Strasburg can boast of having contributed to the only title of the history of the dealership formerly located in Montreal. In 2019, he went 18-6 and had 251 strikeouts in 209 innings. The Finals MVP, he earned both of his final round starts against the Houston Astros.

The absence of the star player is one of the many explanations for the miserable season of the “Nats”. As of Friday, they had the worst record in the big leagues at 49-94 and trailed the top of their section by 40 games.