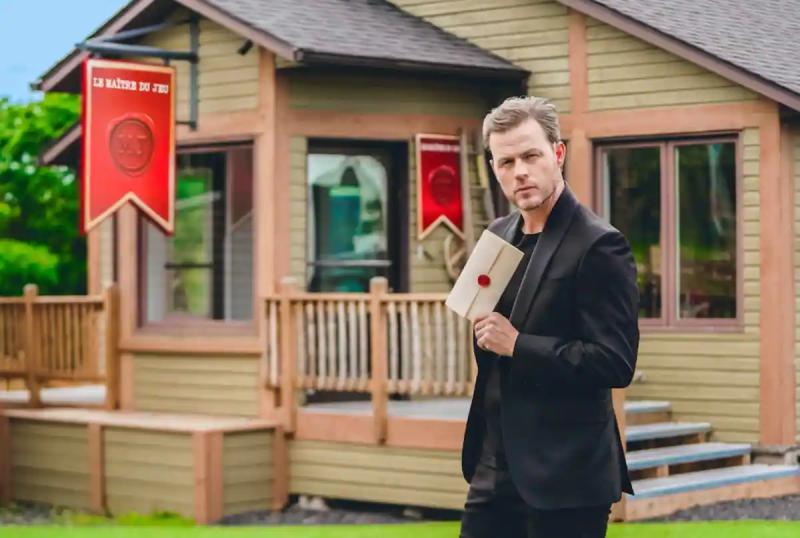 In the boxes of KOTV for almost 5 years, the Quebec adaptation of the British format “Taskmaster”, “Le maître du jeu”, has everything to seduce.

Combining humor and entertainment, while featuring comedians beloved by the public, Mehdi Bousaidan, Ève Côté, Christine Morency, Matthieu Pepper and Jo Cormier, “Le maître du jeu” is an effective and funny program, during which he is hard enough not to laugh.

“We pick up, we laugh, we have fun. It's sometimes silly, at the same time funny, and it's quite interesting to see the imaginative, creative, intellectual journey of our comedian friends,” described the game master himself, Louis Morissette, during the press screening to which the QMI Agency participated on Tuesday afternoon.

The latter was also amused to see the personalities of the comedians stand out during the challenges he gave them. Ève Côté, a faithful fighter, will never give up. “She takes the instructions given to the letter, even if it means ending up completely burned, Matthieu [Pepper] is afraid of dying every second, and Christine [Morency]… participates,” he said, laughing. She looks for the flaw in every challenge and sometimes cheats in the first degree, added the producer, teasing his colleagues gathered near him.

Challenges for the brains

The challenges launched by the game master call on the ingenuity and quick-wittedness of the comedians. For example, popping a ping-pong ball out of a holey pipe or dropping rubber duckies without crossing the line.

Filmed at Mont Saint-Bruno or at the “house”, they are then viewed by the master, his assistant (Antoine Vézina) and the comedians at the Rialto Theater in front of a crowd of around 200 people, thus making it possible to have the pulse of the audience as well as laughter and applause, without the use of a cane.

The original version of the show created and hosted by Greg Davies and his partner Alex Horne is in its 14th season the other side of the Atlantic, and accumulates millions of views on YouTube.

Despite this enthusiasm, Louis Morissette was still surprised to see such a strong reaction from the public, when “Le maître du jeu” was announced in Quebec. “I got hundreds of messages from people who follow the YouTube channel telling me how excited they were to see what we were going to do,” he said.

Produced by KOTV, in collaboration with Bell Media, “Le maître du jeu” begins this Thursday at 8 p.m. on Noovo. The 12 60-minute episodes will be available for catch-up on Noovo.ca.