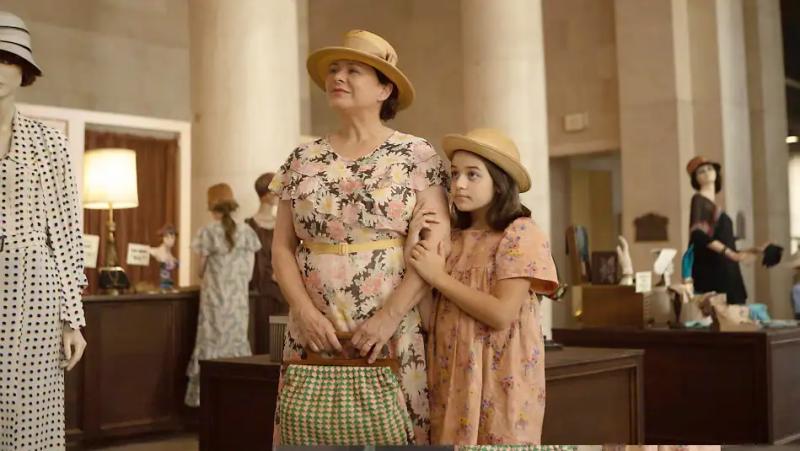 Navigating between documentary and fiction, Renée Blanchar knows how to approach Canadian reality with sensitivity. We owe him the series Belle-Baie which depicted the daily life of an Acadian coastal village. We also owe him Silence, a moving documentary about the sexual abuse of young men by priests in New Brunswick. She is now tackling the life of author Gabrielle Roy, whose childhood she beautifully documents. Let's dive into the heart of this series which recalls the important struggle of Franco-Canadians and women of the country.

To work on a biographical series like < em>The world of Gabrielle Roy, did you feel compelled to read everything she wrote?

I haven't read everything. I save things for later. The biography written by François Ricard has become a bible. Then there is Distress and Enchantment and Rue Deschambault. I also read texts that had not been published. Nadine Bismuth and François Ricard had already done some work when I was approached by identifying some forty essential passages. I was not starting from nothing. Gabrielle Roy, it's huge!

What is fact and fiction in the series?

Each episode is based on an epiphany by Gabrielle Roy. The all-powerful grandmother or the departure of her sister to religion, for example. But there is also something from my childhood (in Caraquet), from my memories and the notion of living in a minority environment, of seeing how it builds us. There was also a desire not to make a transposition, but to bring a dimension, a current look. It is a visual, aesthetic and narrative proposal from 1920. By sticking to it, we can touch the spectators while making them realize that things have not changed much. Mélina was a woman of her time, a feminist. We did not feel it in the words of Gabrielle at the time. Today, it gives more strength and relevance to the works and to the fact of resisting.

Making a historical series brings its share of challenges. Which colored the shoot?

We got it all! Heat wave, drought, covid… There was a desire on the part of the producers to open up to something new, to take risks. We had a team from Caraquet in Vancouver. It created something, made it possible to discover ways of working. We had access to Gabrielle Roy's childhood home in Saint-Boniface, but did not hold it because it was in a residential area where the houses were very close together and the rooms were too small to turn. We found a similar house in Saint-Pierre-Joli, but filmed the interiors in the studio. Shooting outdoors is complex because there is visual pollution everywhere. Managing animals is complex too. It was so hot that the breeder of the horses demanded that they be released to protect them. While we humans kept working!

For the cast, did you opt for the likeness of the real characters?

The trickiest part was finding the young Gabrielle. To think outside the box, we did a castingopen. I opted instead for the energy, intelligence and curiosity of Léa-Kim [Lafrance] who had something of Gabrielle Roy in her eyes. She is also a very attentive child, which is important since she carries the series. Then we built the family with veteran actors, including Gaston Lepage and Martine Francke who were incredibly generous.

I imagine shooting away from home creates also links.

We all settled in Winnipeg. Because of the pandemic, there was no round trip possible, so it strengthened our ties as a team, but also for the actors who form the family. Thanks to coach Félixe Ross, the children were always ready, which left me time to talk about the scenes in French and English with the team. It allowed a real meeting between the actors of Manitoba and those of Quebec. We landed at their house, I was sensitive that they did not feel dispossessed. It was a difficult, but grandiose shoot. I came back so admiring of the Franco-Manitoban community, their strength and their resilience.

The world of Gabrielle Roy, Mondays at 7:30 p.m. on ICI Télé