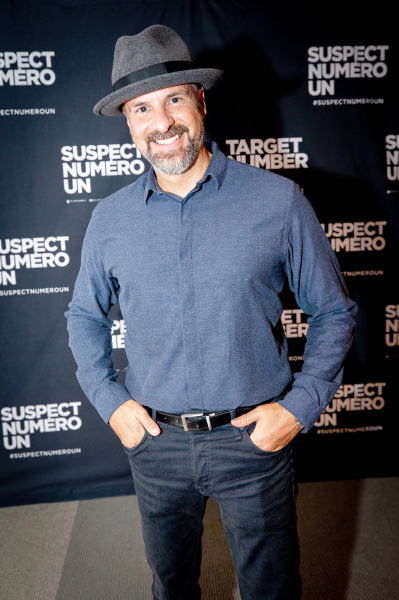 No doubt, director Daniel Roby shines with his versatility. This filmmaker, recognized for his great sense of resourcefulness, manages to achieve greatness while navigating with the means given to cinema.

We owe him in particular the genre film La white skin, the disco incursion of Funkytown, the sci-fi In the mist, the thriller Target Number One and the historic mega success Louis Cyr. He is currently immersed in the life of Gilles Villeneuve for his next project. Surprising that the television appointments were not more numerous. Besides a few episodes of the huge French production Versailles, Roby directs his first series with The Fault 3 . A dense, complex series that takes us back to the genesis of the fault, the event that changed the life of investigator Céline Trudeau.

Daniel, you take up the torch for the production of this third season. How is it possible to own a project while remaining in continuity?

I had watched the other seasons. Frédéric Ouellet's screenplay was so well written. I myself made it a golden rule to respect the signature in the style established by Patrice Sauvé. Everything is controlled, mastered, there is no camera on the shoulder. It's very polished, cinematic. But given that the characters and settings are different, it's kind of like starting over. As Patrice was doing another project with his technical team, I also had a brand new team. For this new investigation, I felt that I had complete freedom. But even when there's a frame, it's fun to have fun with it.

This is your first foray into TV for a full series. What were the challenges?

Rotate out of order. We had 50 days of shooting for 8 episodes. The plot is complex. There are lots of characters. Lots of suspects. Scenes that take place in another era, flashbacks. Clues to plant. The work of the script was essential. I had also asked Frédéric to separate the scenarios of the past and the present, to make family trees for the characters. We made tools to make sure we had all the references to find our way around each scene. It is important to know whether or not the character should have an element in his hand, what has he experienced before or not. You can't make a mistake. Everything was glued together during editing.

Shooting in two eras is also a challenge.

It was interesting to have to cast< /em>younger people. There is always a concern that we recognize them. Jade Charbonneau who embodies Céline Trudeau played by Isabel Richer, it works. We also think of the decorations of the two periods. I also worked with rejuvenation technology that I haven't seen on TV yet. This is not deep fake. For budgetary reasons, we had to find something else. It was used on the characters played by Marcel Sabourin, Dorothée Berryman and Gilbert Sicotte. You have Father Gabriel (Sabourin) at 90, then you see him 35 years younger. And it's not quite the face of younger Marcel Sabourin, it's another face. But it works. I am very satisfied with it.

The first two seasons took place in winter. Why is this one set in the fall?

It was in the script before I started. For fall colors, Halloween. It is very difficult to shoot in the fall. I lived it for Louis Cyr. There are fewer hours of light. You shoot 3-4 scenes outside with leaves in the trees and all it takes is a gust of wind and all the leaves fall. He wets all the time. It is more difficult to be in continuity. But it looks and the Eastern Townships are well represented.

With so many characters, how did the direction of actors come about?< /strong>

It wasn't very demanding on my part. Isabel Richer and Alexandre Landry know their characters so well. Each of the actors took charge of his own. I had the chance to work with high-level actors. Dorothée Berryman knew the entire script by heart. I was happy to be able to cast old characters for the abbey. It was an opportunity to have big sizes. You feel their charisma and their depth in each of their scenes.