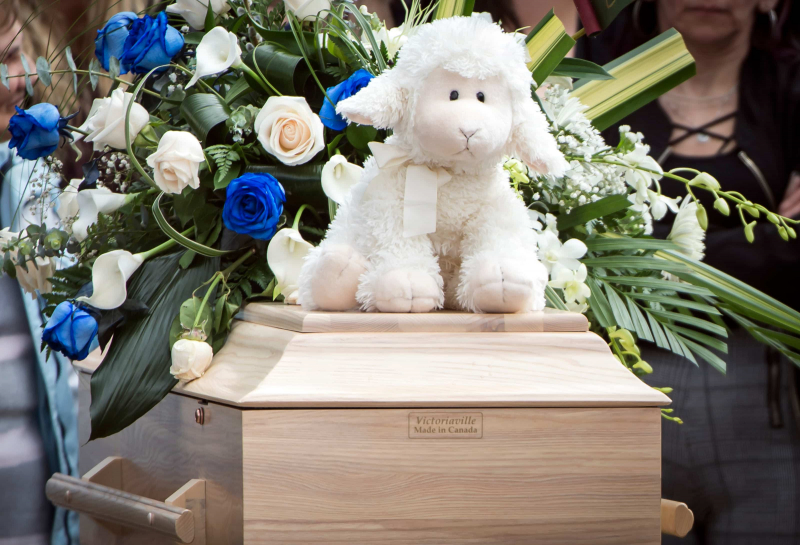 The “girl from Granby” had expressed her despair and even made suicidal remarks to a worker from the DPJ, a year before her death following the multiple abuses she suffered.

“It's not okay. My heart hurts. Only you can help me. Everyone is tired of me. I would be better if I could be there, that I disappear (…) I want to go far away.

Here are the words that the little girl would have said, when she was only aged 6 years old, to a worker.

They are reported in the $3.7 million lawsuit filed Monday morning at the Granby courthouse by the mother and grandparents of the girl who died in 2019.

The lawsuit filed by Me Valérie Assouline , which our Bureau of Investigation was able to consult, targets the Director of Youth Protection (DYP), 4 of his employees as well as the Val-des-Cerfs School Services Center.

In the 60-page petition, damning situations are alleged about the condition of the little girl, who was then in the care of her father and his spouse: she was sleeping on the floor; she was losing weight visibly; she hid in the bathrooms of the school to rummage in the trash, hoping to find food, because she sometimes went 2 days without eating.

The girl, whose identity is protected by law, even implored the school not to send her home.

Her brother, 3 years her junior, was also experiencing violence, is he alleged.

Locked in the cellar

The paternal grandmother would have launched numerous warning signals indicating that the girl and her brother were in danger, but in vain.

We also learn in the lawsuit that in September 2017, the father's spouse is arrested by the police for physical abuse of the 2 children.

The request filed by Me Assouline quotes the police investigation report:

“(The spouse) takes the little girl by the bottom of her panties and by the waistcoat at the level of the neck and throws the little one towards the front door over a distance of 1 meter. (…) The spouse locked her in the cellar during the day or in the bedroom.”

The report also indicates that the door to the girl's bedroom was locked from the outside.

In all, the police had to intervene on 6 occasions in 3 years at the couple's residence, is described in the lawsuit.

Also, 7 reports were made in less than a year to the DYP during 2017, but several of them were not taken seriously.

For example, in November 2018, the little girl reportedly explained that her father's spouse had punched her in the face and knocked her to the ground. School staff would also have noticed the presence of blood on the girl's handkerchief and a wound above the eye.

However, the intervener and the head of the DYP department would not have planned any emergency measures. They would have contented themselves with asking the father not to leave the little girl alone with her spouse.

The grand- paternal mother would also have informed the DPJ that the little girl affirmed that her father asked her to adopt sexualized behaviors when she was at home. Faced with the worker’s refusal to read it, she then filed a complaint with the Granby police.

However, according to the prosecution, the DPJ knew that the father had a history of family sexual abuse in his homeland, which the intervener failed to say during testimony before the court.

< p> Another worker would have questioned the girl's remarks to a worker to whom the file was going to be transferred: “she is waiting to be followed in child psychiatry (…), the young person tends to exaggerate and to invent.”

The prosecutors also blame the Val-des-Cerfs School Service Center. The management of the girl being difficult, the Center would have ended up sending her home to do home schooling in the presence of the father's spouse.

The school staff, who have everything -even made several reports to the DPJ, therefore could no longer exercise the last safety net for the girl, is described in the lawsuit.

The father's spouse was convicted of unpremeditated murder in December 2021. She is currently appealing the case.