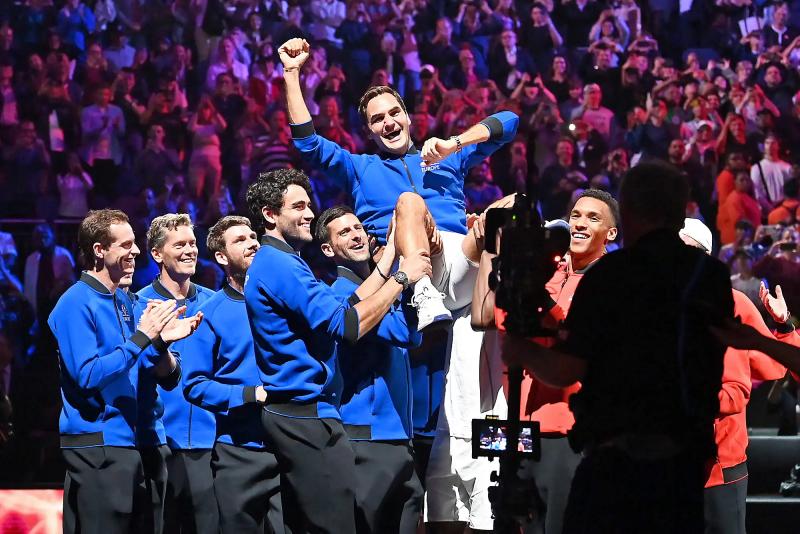 He had cried hot tears while paying tribute to his wife , who sacrificed her career to allow her husband to pursue the crazy adventure of 20 Grand Slam titles and to build the best career one could dream of for an athlete.

To have been one of the three greatest tennis players of all time, but let us say on the evening of his retirement that we will remember him for who he was and not for everything he did.< /p>

For who he is and not for what he did.

Beings we loved passionately. For who they were.

Except they weren't perfect. We loved them despite their huge flaws.

Roger Federer always seemed perfect. In any case, we knew him perfect.

Roger Federer is the good guy who finished first.

No doubt Federer was hoping for sober ceremonies that wouldn't make him cry. But how can you remain insensitive when the three greats of the last 15 years take you in their arms? Rafael Nadal, 22 Grand Slam titles. A generous man with the class of a Spanish nobleman. Novak Djokovic, 21 major titles. Deprived of a chance to win in Melbourne and New York by politicians, “Djoko” remains one of three candidates for the title of greatest tennis player of all time.

And if he does not have the princely class of Federer, his philanthropic activities and his commitment to the Association of Professional Tennis Players make him a character of great quality.

The fourth, the little brother , Andy Murray seemed the least moved of Federer's big opponents. But if he was invited to the table of the big three, he never claimed to be at their top.

I'm glad that TVA Sports devoted all of its day's programming to the Laver Cup. All this expectation, brightened up by good matches, prepared the magic moment. And when he served at 9-8 with the chance to win the match, Federer did well. But it was not enough. And let's be honest, Rafael Nadal is not a real doubles player. He is a player who prepares his points, who exhausts and crushes his opponent. In the on-court ping-pong doubles, he's not the ideal partner to steal a point.

But Federer wanted Nadal for who he was, not what he would do.

In London, the special envoy Frédérique Guay, overwhelmed by emotions, spoke for long minutes. Oscillating between analysis and cries of love. To complete with a splendid sentence.

In fact, the words had already been found: for who he is and not for what he has done.