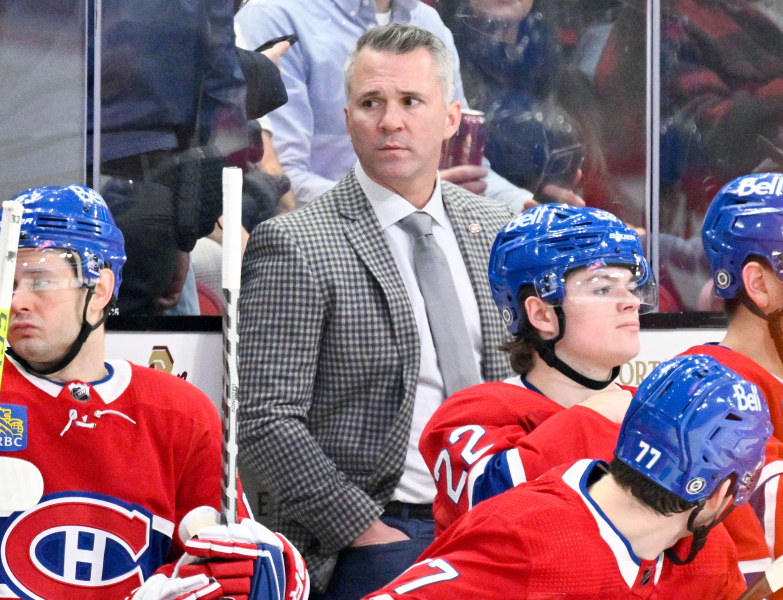 If you have any problems or need a friend, call Martin St-Louis. If one day the head coach of the Canadiens wishes to redirect his career, he could very well undertake one as a motivational speaker and draw inspiration from the slogan of the Intrépides.

Nothing is going right with the Canadian. Saturday night, when the St. Louis Blues visit the Bell Center, the Montreal team will try to avoid the affront of an eighth straight loss. A streak that the Canadian has not gone through since his nine consecutive losses suffered in regular time from April 9 to 24, 2022.

During the current drought, which began on December 21 with an overtime loss to Colorado, the Habs allowed 36 goals, including 13 on their 25 penalty kills (48%). Conversely, he only scored 12. Four of them, out of 20 attempts, were the work of the massive attack.

We may talk about a period of reconstruction and say that it is a return to normal for the Canadiens who should have had a hard time from day one of the season, several head coaches are currently tearing their hair out. Martin St-Louis, for his part, manages to keep his cool.

“You don't just have to focus on where you are and why you're there. You also have to think about what you have to do to get out of it,” he said at the end of the training.

“[The last trip], it was a good experience for me. I took a step back and watched our games,” he continued.

From experience, St-Louis possibly refers to the time the pot began to boil during the trip. In Nashville, after rigorous training, he said that “patience also has an expiration date”.

Moreover, you have to be a goddamn good speaker to convince your players that a first period during which your first shot came at the very end of the engagement was a good period.

To the defense of St-Louis, it must be said that the Habs returned to the locker room after 20 minutes without allowing the Rangers any goals. In each of the last four games of the trip, he had given up at least two, even allowing the Panthers and Predators three.

“You need a plan to get out of this. You have to guide the players. Against Rangers, I was happy with what we attacked. We have to keep working on our defensive zone and the rest will come,” he argued the day after this 4-1 loss.