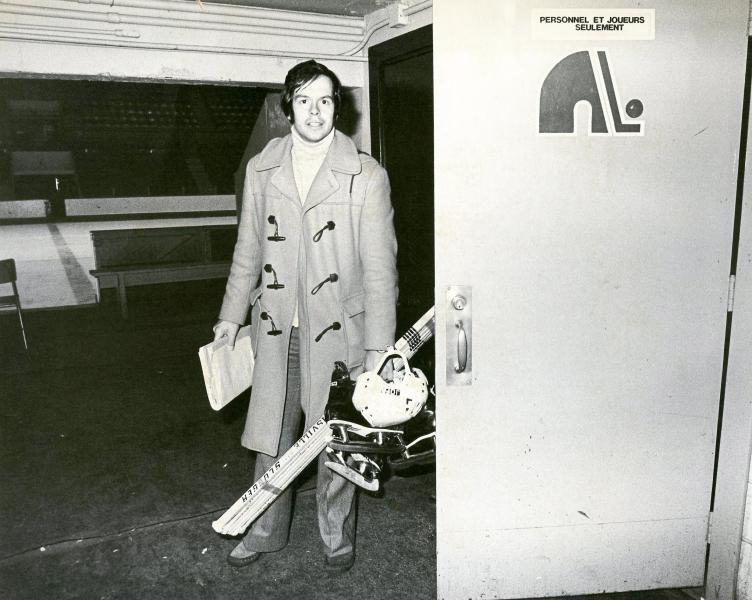 In 1972, Michel Parizeau was taking his first steps in the National League when Maurice Filion made him an offer he would never regret, despite all the risks it involved.&nbsp ;

At age 24, Parizeau has played 58 games in the NHL, with the St. Louis Blues and the Philadelphia Flyers.

The inaugural World Association draft had already taken place when he received a call from Filion, then a scout for the Nordiques, whom he had known from his years with the Drummondville Rangers, in the junior ranks.

“I was starting in the NHL, I was earning minimum wage. They made me a very interesting offer: my salary was doubled and for the first time, I was given a three-year pact, with an increase each year, ”says the former striker, now 74 years old.

Hard to spit on such a proposal. But money isn't the only thing pushing this Rangers second-round pick to leap into the unknown.

“What attracted me to Quebec City was the fact that it is a French-speaking city. I come from Montreal, so when I was young, I would have liked to play for the Canadiens, but we know that it is not always possible, ”points out Parizeau.

“The Nordiques offered another option, in a Quebec city that eats hockey. I was interested in finding myself in this environment. In 1972, hockey was not so popular in the United States. Even in Philadelphia or St. Louis, we didn't feel the hockey fever like here.

And there was the possibility of getting in this young team that had just been built more time of ice than in the National League.

Parizeau took full advantage of it. At the end of the Nordiques' first season, he finished second in team scoring, behind the illustrious Jean-Claude Tremblay.

“It was only afterwards that I realized it was a risky decision, he says. I had taken quite a chance. I had my contract guaranteed, but if the league went bankrupt, who would have paid me? Where would I have ended up on the list of creditors? »

Finally, the young forward will never have to worry about his pay or his future in hockey. He would play four more seasons with the Nordiques, before ending his career with the Indianapolis Racers, then the Cincinnati Stingers, still in the World Association.

The former striker has positive memories of his years in the AMH.

At least not with skates on. After a brief stint as coach of the Quebec branch in the American League, he will return to the National League as director of public relations for the Nordiques.

Even though he enjoyed the experience, Parizeau returned to his first love a few years later. He notably managed the Chicoutimi Saguenéens and the Drummondville Voltigeurs, in the QMJHL.

After three years during which he would have preferred “to show young people how to play rather than win”, Michel Parizeau returned home, where he worked for a long time in the field of insurance.

To Quebec, and not in Montreal, his hometown.

“I went to live twice in Drummondville, but I always came back. But in 2015 [shortly after my retirement], we returned for good to Quebec [my wife and I]. We always went back to Quebec. I have become a Quebecer. »

Not so far from the NHL

By turning his back on the NHL, Michel Parizeau was at the same time abandoning a circuit that had more than 50 years of history to join a league whose foundations, from an outside perspective, did not seem so solid.

But the former forward assures that the World Association – or at least, some concessions, like the Nordiques – was not so far from what he had experienced in Philadelphia or St. Louis.< /p>

A camp away from the team

Like his teammates who had contracts binding them to professional teams, however, Parizeau had to wait a few weeks before officially joining the “Fleurdelysé” (which did not yet sport the fleur-de-lys on its jersey).

“Training camp was special. We couldn't practice with the Nordiques before October 1, because our contracts with the NHL ended on September 30, ”he explains.

“From mid-September to the end of September, we practiced alone, in another arena. It shouldn't be official. But everything else was like in the NHL,” he continues.

At least, initially, adds Parizeau. “When the teams started to move quickly, we found that it was starting to lack professionalism.

Quebec “on the map”

Despite everything, the hockey player never intended to return to the NHL. Although the Indianapolis Racers, where he continued his career, were among the franchises that experienced financial difficulties.

« This kind of problem, it affects the ice. Everyone was worried,” he recalls.

But overall Parizeau has very positive memories of his eight seasons on the “cursed circuit”. And especially those spent in Quebec.

“We had the feeling that we were putting Quebec on the map. Quebec who wanted to have an NHL team, when the NHL did not want to. With the WHA, she was part of a big league, ”he explains.

And he will always have this pride of having helped beat the Pittsburgh Penguins in an exhibition game , when he wore the colors of Indianapolis.

“These meetings showed that as the years passed, as players joined the league, we got closer to the National League. »