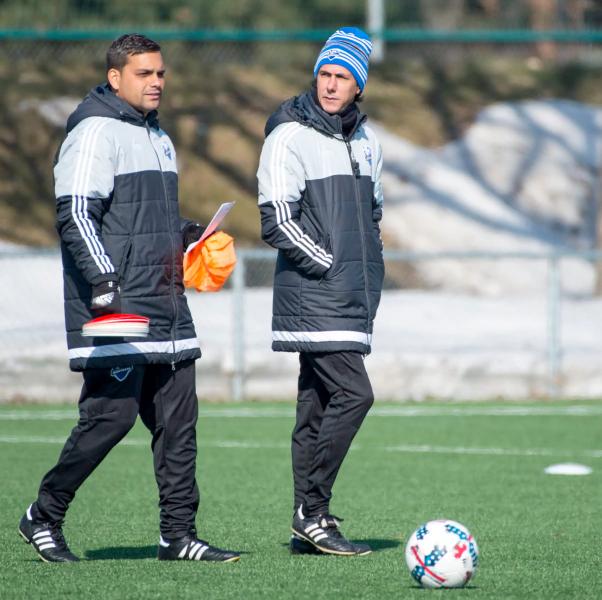 Without a doubt, the death of Jason Di Tullio leaves a gaping hole in the CF Montreal family.

Very close to him, Nick De Santis was completely upset. He was unable to discuss it in person and preferred to pay tribute to his friend by text message.

“My heart is heavy. Nothing was ever easy for Jason, he always had to fight against multiple challenges. He was a passionate person, his friends, his family and soccer were everything to him,” wrote the one who was his teammate and coach.

“He was always there for anyone who had a connection with him. He transmitted an incredible energy around him, he left really too soon. He will always be in my thoughts as a friend, teammate and warrior. »

All those who paid tribute to him on Friday spoke of his contagious passion.

“Quebec and Canadian soccer have lost a bit of his passion because Jason was someone who was really passionate about what he did. His love for soccer was evident. He is going to join a star team in paradise,” said a moved John Limniatis on the phone.

“He embodies the values ​​of the club and that is why he was outstanding. He was very loyal, he played with a lot of passion and that is something you recognize in the successes of the club.

“Jason was the epitome of courage and resilience. Anyone lucky enough to cross Jay's path left with a smile on their face. We will miss him, but we will never forget him,” former goaltender Greg Sutton tweeted.

In Italian, the expression La Grinta is often used to refer to a fiery and combative player who leaves his heart on the pitch.

“He always gave everything and played with a lot of heart from his debut, insisted Leduc. It was the same as a coach. In the offices, he worked very hard and he was humble.

“That's the mark he leaves at the club. The expression La Grinta is synonymous with Jason Di Tullio. This is the memory I have of him and this is what I would like to pass on to the Academy. »

The expression followed him when he began his fight against cancer.

“The first time I saw him was before he joined the club. We trained in the winter at the National High Performance Centre.

“Nick De Santis and Mauro had come to train with young people, I was already with the Impact. The player who was perhaps the most advanced of these youngsters was Jason. We spent the winter together and when the season started, he was with the Impact. “

Despite his 18 years, Di Tullio, who was then a midfielder, found a way to get noticed.

“He was rookie of the year, he imposed himself. He was so fiery when he played. He was creative with the ball, he had a good shot and he was very good defensively. »