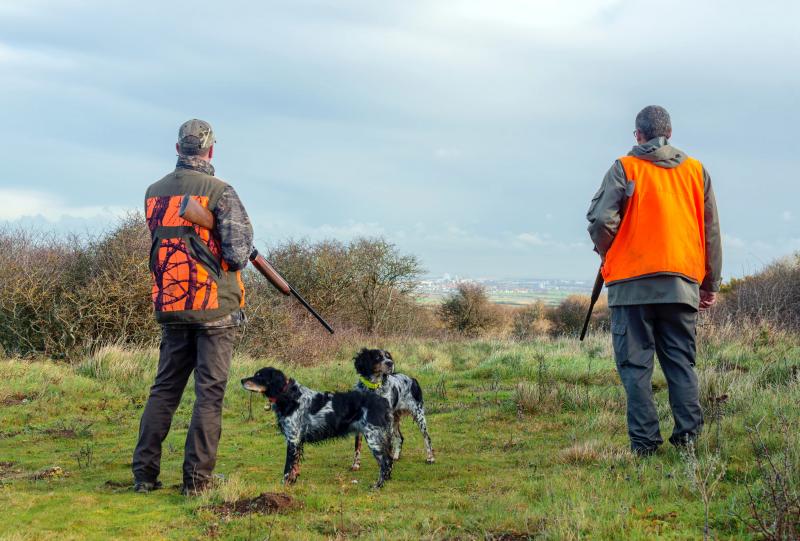 Several types of hunting weapons have appeared over time in our lands.

Although the history of Canada officially begins with the arrival of Jacques Cartier in 1534, we do not find hunting weapons before the beginning of the 18th century. Rather, they are weapons of war that have been converted for harvesting activity.

The Lower Canada Weapons Collectors Association (ACABC) is a group of hunters, precision shooters and enthusiasts of ancient and modern weapons who meet four times a year at exhibitions that are open to audience. The ACABC organizes events in Saint-Hyacinthe and the next meeting will be on September 10 at the Lachute flea market. For more information, visit lca-canada.com or call 514 591-1835

In addition to taking care of the salons, Pierre Gagné is an avid collector and a fine connoisseur. He wanted to tell us more about the history of hunting weapons.

Here is the essence of his remarks and photos of the models in question:

Our first hunting weapons used flint for firing. Developed in the 1630s, it remained in use until the 1830s. Pulling the trigger, the flint strikes the battery and sends sparks into the basin which contains an explosive powder. The basin is connected by a hole to the charge of the barrel which explodes and allows firing. At the end of the 17th century at the beginning of the 18th century, the introduction of more resistant damask barrels made it possible to achieve a certain refinement. The pictured flintlock rifle was made by gunsmith Lebeau of Lille, France. Such a quality of weapon was addressed to the nobility, at least to a class of very wealthy people.

By lowering a lever located at the back of the trigger, the cartridge that has already been fired is ejected and the next one is loaded by raising the lever. This rifle contains a magazine located under the barrel which can hold several cartridges. The number of cartridges varies mainly depending on the caliber of the rifle. The rifles you often see in cowboy movies are usually of this type. The rifle pictured is unusual. It was made by Winchester. It was the 1897 model that was offered in 10 or 12 gauge.

In the 1860s, the patents protecting the new center and annular primer cartridges expired. It was the explosion of new inventions. In this case, loading such a rifle is done by tilting the barrel, exposing the barrel chamber. It remains only to insert the cartridge and close the barrel. The hammer is then primed and the gun is ready to fire. The rifle shown was manufactured by the W. W. Greener firm around 1900. It has automatic ejectors, a safety catch and a 3-bar locking system.

The repeating rifle with lock

Rather than a lever, a lock is used. After a cartridge is fired, the bolt is pulled back to eject it. By pushing back the bolt, a cartridge is pushed upwards by a spring and is inserted into the barrel chamber. The rifle pictured is very common with hunters in Quebec. It is a modified version of the Enfield caliber .303 British rifle. Millions of these rifles were put on the market after the war. They were mainly modified to be lighter for hunting.

Developed in the early 18th century, this system simplified firing. There was a small chimney and an explosive primer. By hitting the primer with the hammer, the fire activated the explosive charge. The rifle pictured has two barrels and it was made by William & Powell from Liverpool, England. It is a high quality rifle with a silver band on top of the barrels. The percussion system remained the most popular until the early 1860s. This rifle being recognized for its simplicity, hunters continued to use it after the beginning of the 20th century.

This system was developed at the end of the 18th century. Ejecting and loading a cartridge is similar to the bolt action rifle. However, it is the barrel that is operated by pulling it back to eject a cartridge and pushing it back to reload the new one. The rifle pictured was manufactured by Colt. This is the Lightning model developed in 1884. The illustrated example is very rare, as it is an “Express” model in .45-85 caliber. It was used for hunting very big game.

Invented at the end of the 18th century, it was especially popularized in the 19th century. The main characteristic of this system is to automatically reload a new cartridge after firing a first one. These weapons are found with fixed or removable magazines. The rifle pictured is a John Browning design from 1914. It was made by the Fabrique Nationale de Herstal in Belgium. It is known as the “Browning Semi-Auto Rifle” in .22 caliber.

In 1833, Casimir Lefaucheux developed and patented a shotgun that operated with a rocker and fired using a cartridge containing a primer, powder and an explosive charge. A pin protruded from the cartridge. The hammer, hitting the top of the spit, crushed the primer, causing it to explode. This system was considered dangerous, because dropping a cartridge could cause it to explode. The rifle pictured was made by French gunsmith Leclerc. It is a very high quality rifle on which are inscribed, in gold, the following inscriptions: “Canons de Leclerc Bté du Roi”.