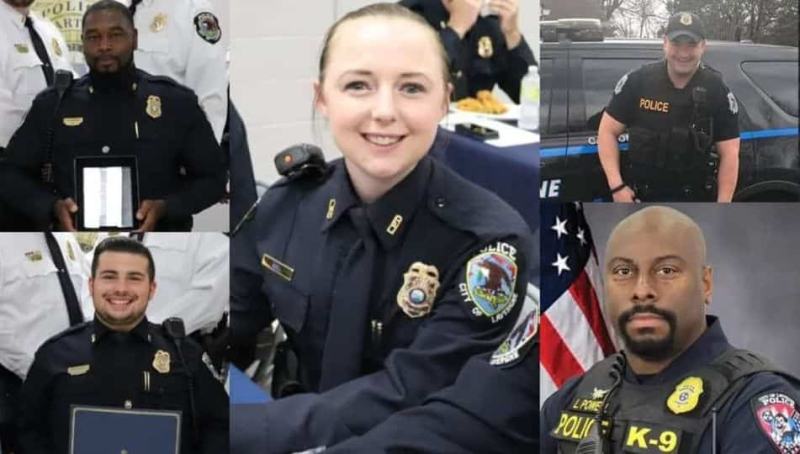 The husband of the Tennessee police officer fired for having sex with six of her co-workers remains by her side, reports the Daily Mail< /strong>Friday.

“I don’t know how he does it, he’s more of a man than me, but he’s trying to save his marriage,” the media Jedidiah Hall boss Chad Partin, Coffee County Sheriff.

Jedidiah's wife, police officer Maegan Hall, has been fired after allegations surfaced that she had sex with co-workers, that she sent them nude photos, that she took off her top at a “Girls Gone Wild” themed hot tub party, and that she gave two co-workers oral sex during the service.

Officers Patrick Magliocco and Larry Holladay, who also allegedly had sex with Maegan Hall, meanwhile retained their jobs, but were suspended.

According to Mr Partin, the former ranger had trained for a job with the Tennessee Highway Patrol, but pulled out after the allegations against his wife became public. He has since become a deputy in Coffee County.

“I have offered and offered him all the resources he needs. And all he's saying is, 'I just want to work for the citizens of Coffee County and I love what I do,'” Mr. Partin said.