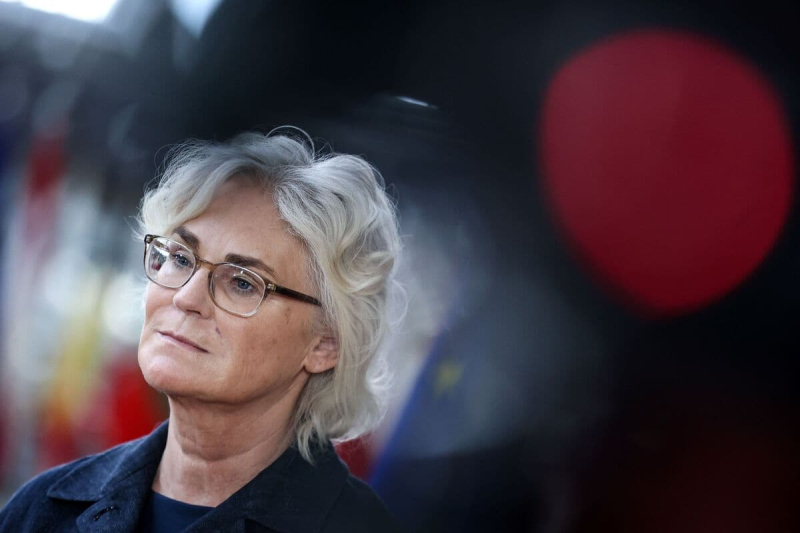 Already weakened by blunders, the German Minister of Defense, Christine Lambrecht, was again criticized on Monday after the broadcast of her wishes, parasitized by fireworks and remarks deemed inappropriate on the war in Ukraine.

The video is only a minute long, but was deemed so unsuccessful that the social-democratic minister is again targeted by calls for the resignation of the conservative opposition and German media.

The minister appears there in the center of Berlin, disheveled by gusts of wind, evoking the war in Ukraine between two explosions of firecrackers and fireworks, particularly popular with Germans to celebrate the new year.

“A war is raging in the middle of Europe. I was able to draw many particular impressions from it”, slips in addition the minister about the Russian invasion, evoking “many, many meetings with interesting and formidable people”. “For that, I say a big thank you.”

“Doubts about his suitability for this position have been around for a long time. It is now time for the Chancellor to draw the consequences”, lambasted the Berlin daily Tagesspiegel on Monday.

“The New Year's speech recorded by mobile phone and barely comprehensible due to firework flares and the absence of a microphone on a Berlin sidewalk would already have been embarrassing for a volunteer village mayor – for a Minister of Defending a member of NATO is simply shameful,” complains Bild, the country's most read daily.

Pressed with questions during a regular press briefing, the Ministry of Defense spokesman simply claimed that it was a “private video”, made without “official resources” and posted on his Instagram account.

The minister accumulated disappointments in 2022, regularly attracting ridicule and criticism, such as when she announced the sending of thousands of helmets to Ukrainians who were instead expecting deliveries of heavy weapons from Germany.

Ms. Lambrecht also embodied, in the eyes of the Ukrainian regime, but also of the Germans, the shortcomings of an army whose equipment is obsolete. In mid-December, Berlin thus had to suspend new orders for Puma armored vehicles after a series of breakdowns affecting armored vehicles already in use by the army.

Wishes from the Minister with firecrackers for Saint -Sylvester in the background only “crown his series of embarrassments”, denounces Serap Güler, in charge of defense issues within the CDU.

By maintaining his minister, Chancellor Olaf Scholz “does he really care about the impact of Germany in Europe and in the world?” Adds Armin Laschet, unsuccessful candidate in 2021 to succeed Angela Merkel.

For the daily Süddeutsche Zeitung, the minister's repeated errors “constitute a huge mortgage” for an army that is supposed to modernize and regain strategic importance in times of war.