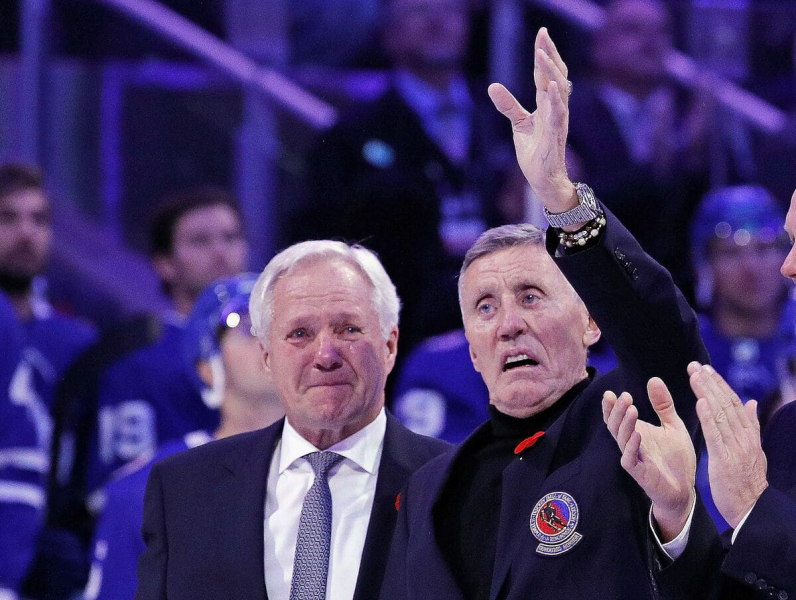 Sittler couldn't hold back his tears. He was touched by the condition of Salming who has been suffering from amyotrophic lateral sclerosis (ALS) for a few years.

Touched by the public

He was still able to stand up throughout the ceremony thanks to Sittler and Mats Sundin. A fine example of resilience.

Even though his face is paralyzed by illness, Salming seemed touched by this recognition from the public. His eyes didn't lie. Leafs fans have never forgotten that. The former defender would have liked to thank them, but he has lost his ability to speak in recent weeks.

Salming wanted to make this trip for the Hall of Fame festivities. Possibly his last before the big trip. He wanted to be there to see three Swedes inducted into the Hall of Fame in the same year, a first in the country's history.

Salming was inducted in the 1996 class During his 17 seasons in the NHL, he was the first European to make his mark. He was a pioneer for players from the Old Continent who are now numerous in the Bettman circuit.