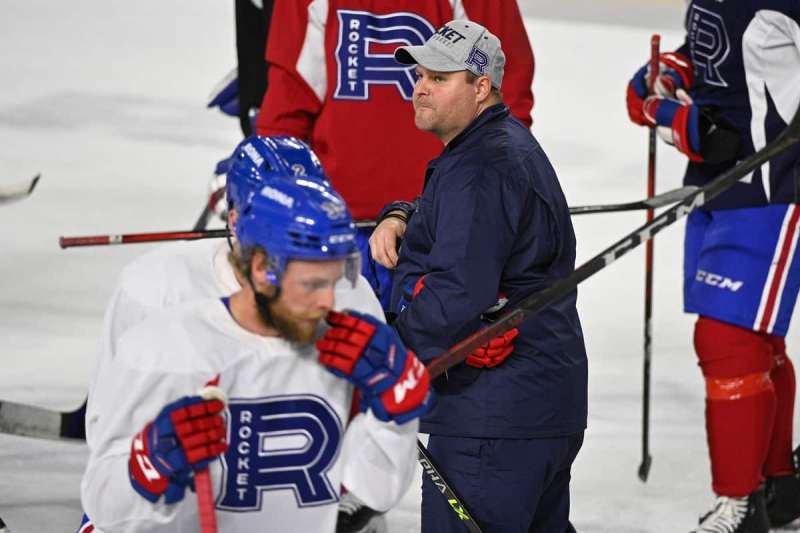 The Canadiens' infirmary has been overflowing since the start of the season. A situation that has significant consequences for his Laval school club.

The Habs urgently recalled forwards Rafaël Harvey-Pinard and Rem Pitlick on Tuesday for their game against the Winnipeg Jets.

These two personnel moves deprived the Rocket of two important players when they faced the Americans in Rochester on Wednesday night.

That's the reality of an American League team. The coaches are aware that they can find themselves with a squad cut off from several elements during a given evening.

Jean-François Houle is used to living with the vagaries of the many reminders of a NHL team.

“It's never an easy situation,” he said after his team's morning practice. If there are three injuries upstairs and you also have three injuries, that's six players we need to replace in the American League.

“The Canadian has a lot of injuries, but so do we. It is for this reason that you sign two-part contracts with the Trois-Rivières Lions. They are almost all here, except two.

“It looks like what we experienced in January 2022. We are preparing as if Harvey-Pinard and Pitlick were not coming back with us. »

Injuries give other players a chance to show off. Houle has no choice but to give more responsibility to certain attackers or defenders.

“I gave more ice time to Olivier Galipeau and Santino Centorame on defense to make up for the loss of several players.

“On offense, a player like Lucas Condotta has gone from a fourth to a second line. Nate Schnarr, meanwhile, was moved to the third line. There are also guys from the Lions who are trying to improve and get ice time.

“It gives other players opportunities to evolve on special teams. It's part of their learning. »

With the recall of Cayden Primeau by the Canadian, Kevin Poulin found himself with extra work in front of the Rocket cage. He has been a starter in the last five games for the team.

“We brought him help with the arrival of Philippe Desrosiers in the last few days,” said Houle. We have to do everything to win games. He has more experience than Joe Vrbetic, who struggled before being sent back to Trois-Rivières. He needs to play games.

If the Rocket wants to stay in the playoff race, it will need to be consistently successful. An aspect that has been lacking since the beginning of the campaign.

“We will have to play above .500 in the second half of the season. It won't be easy because the standings are very tight. If we're playing like we've been doing for a month, we have a chance.

“However, some players will have to take their game up a notch. »