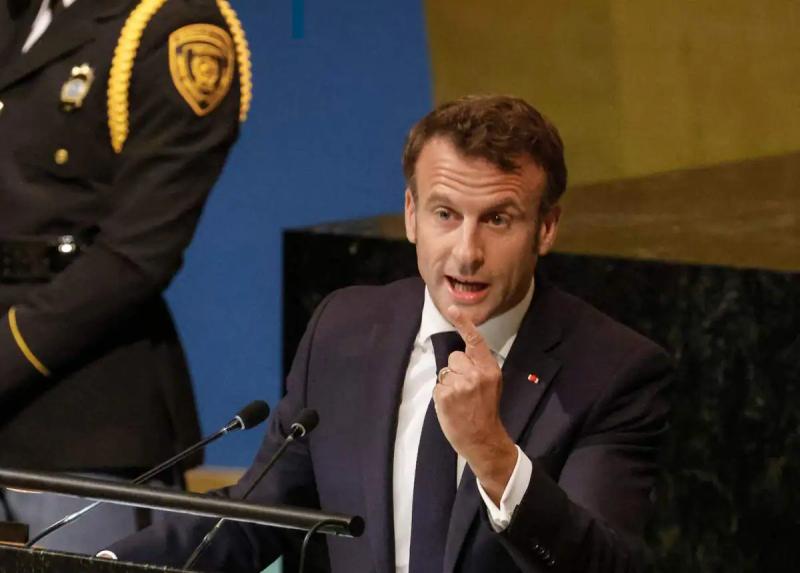 French President Emmanuel Macron accused Tuesday, at the rostrum of the United Nations General Assembly, Russia of having provoked a “return of imperialism” by having invaded Ukraine at the end of February.< /strong>

“What we have been witnessing since February 24 is a return to the age of imperialism and colonies. France refuses it and will stubbornly seek peace”, hammered the French president.

“Who is hegemonic today if not Russia?” asked the head of state.

Russia's invasion of Ukraine is at the heart of this high-level diplomatic week at the United Nations General Assembly. With in particular an intervention on Wednesday by Ukrainian President Volodymyr Zelensky – by video thanks to a special authorization voted last week by the Member States – and a Security Council Thursday at the level of Ministers of Foreign Affairs.

“Those who are silent today are serving in spite of themselves, or secretly with a certain complicity, the cause of a new imperialism, of a contemporary cynicism which is disintegrating our international order without which peace is not possible”, added deplored Emmanuel Macron.

Before him, UN Secretary General Antonio Guterres had warned, at the opening of the Annual General Assembly, against a “winter of discontent looming in the horizon”, in a world “paralyzed” by divisions despite mounting crises, from the war in Ukraine to global warming.