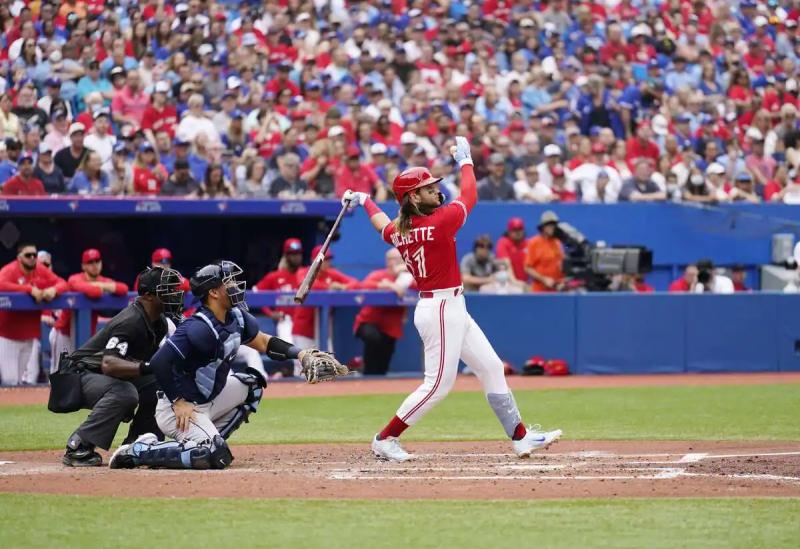 The Toronto Blue Jays couldn't have hoped for a better outcome after the first two games of their four-game series against the Tampa Bay Rays. On Friday at Rogers Centre, they once again defeated their section rivals, this time by a score of 9 to 2.

From the third assault, the crowd favorites offered themselves a cushion more than comfortable. With the bases loaded, Bo Bichette hit a double, allowing Lourdes Gurriel Jr. and Cavan Biggio to cross the plate. The next batter, Vladimir Guerrero Jr., also hit a double, giving George Springer and Bichette a chance to complete their lap of the trails. Even Guerrero Jr. didn't have to wait on his cushion for too long, as Alejandro Kirk followed suit, also with a productive double.

Rays pitcher Corey Kluber (3-5) suffered all of this offensive push, he who finally left his place after the third inning. He gave up three runs on seven hits and two walks.

Returning to Guerrero Jr., the Blue Jays star finished his game with three RBIs, adding one to the help from a ground ball during a three-point push from his side in the sixth inning.

On the mound, manager Charlie Montoyo trusted Jose Berrios (6-4). Without being brilliant, the Gunner did enough to pick up the win, recording three strikeouts in five innings. He gave up two runs on eight hits and two walks.

Both teams will end this streak on Saturday as they face a doubleheader.